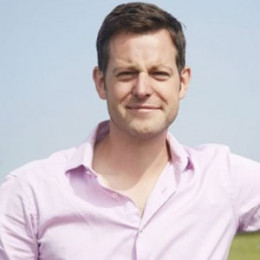 Matt Baker is a renown television personality who served as a presenter in BBC. He is two times BAFTA award winner for Best Children's Presenter. Baker is a married to his beautiful wife Nicole Mooney.

Matt Baker was born Matthew James Baker on December 23, 1977, in Easington, County Durham in a middle-class family. He grew up with his sister and two half-sisters.

During his childhood, he was a junior gymnast and sports acrobatics champion. He suffered from anemia when he was 14.

Matt is an English presenter and a host working for the BBC Network. Dropping his dream career, to be a physiotherapist, he joined Blue Peter as a presenter in 1999. His now, wife's aunt told him about the vacancy for a presenter on Blue Peter.

Baker then directly called the producer's office and put together a showreel of a farmyard where he is seen riding a unicycle and reading a story. Impressed by it he was called for an interview in London. Thereafter he made his first appearance in the show on 25 June 1999.

With his gymnastic skill, he made a world record, breaking flight along with Airways Airsports instructor Judy Leden MBE. He learned to fly hang gliders in 2003 before making a successful tandem. Prior to that, he learned the course of the Royal Marines and the Parachute Regiment.  He acquired two BAFTAs for Best Children’s Presenter two years in a row and a Royal Television Society award.

Baker became the guest presenter on BBC One’s The One Show. Soon he was appointed a permanent presenter on the show with Alex Jones as the co-host. Furthermore, he became one of the three presenters on the final series of the BBC’s City Hospital. He then served on several gymnastic events and the BBC’s coverage of the 2008 Summer Olympics as a commentator.

In 2015, Baker and Mel Giedroyc became the host of BBC One series The Gift followed by series Big Blue Live with Hugh Fearnley- Whittingstall and Lindsey Chapman. His most recent work is Wild Alaska Live along with Steve Backshall and Liz Bonnin. Apart from that, he featured in BBC Drama series Cutting It in 2002 followed by The Queen’s Handbag in 2006 and Sunderland Empire in 2008.

In 2010 Matt participated in the dance show Strictly Dancing. Dancer Aliona Vilani was his dance partner with whom he stood runner-up in the show. They also participated in Strictly Come Dancing Tour in 2011, performing in thirty-five shows and winning twenty-six occasions.

Other than that, Baker is actively involved in charity work. He was chosen the president of the National Federation of Young Farmers Clubs. He supported the Grace House Hospice, Hearing Dogs for Deaf People and Deerness Gymnastics Academy. He became the member of BBC project in 2012.

The 40-year-old journalist Baker is happily married to Nicole Mooney. They exchanged vows in 2004 at Winston in Teesdale. The lovebirds firstly met in the disco show at Pier 39 in Cleethorpes. 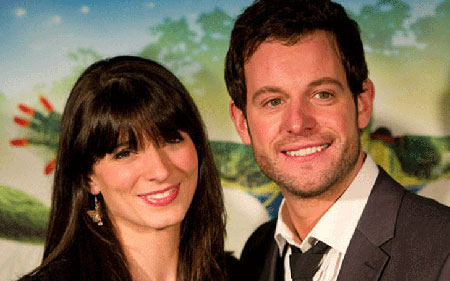 Nicole is a physiotherapist. The husband and wife are blessed with two children, son Luke Baker, and daughter, Molly Baker.

Luke is the first child of Matt Baker from his wife Nicole Mooney. He is the only son of the couple.

Molly is the second child of Matt Baker from his lovely wife Nicole Mooney. She is an adorable daughter of the couple.