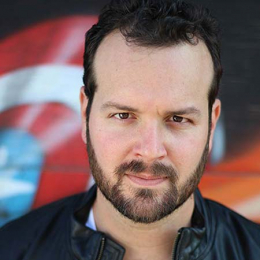 Matthew Bryan Feld is an actor, musician, vocalist, writer, and composer better known for working in the film Fashionista. He grabbed the limelight after dating the famous American actress Amanda Fuller. Feld is also recognized for working in the television series named Nick and Lindsey Morning Show.

Personal Life of Matthew Bryan Feld; Is He Dating Someone?

Matthew Bryan Feld is currently in a dating relationship with the famous American actress Amanda Fuller. The duo shares a good bond and is happily celebrating their years of relationships together. Moreover, the pair is open about their relationship and often shares their pictures together in their respective social media accounts. 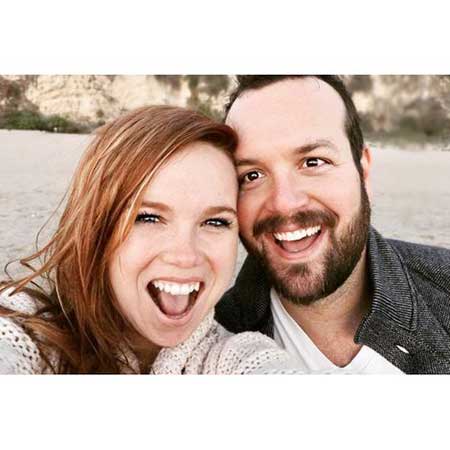 Here take a look at the couple spending their quality time together and kissing on Valentine's Day; Seems their marriage is so near!

Feld is currently out of any rumors and controversies about his professional life. Further, he prefers to stay away from the media limelight but he is often spotted with the love of his life Amanda in many events. He is an active person on social media and often shares posts regarding his personal and professional life in media platforms.

What is the Net Worth of Matthew Bryan Feld?

Had fun with this one. Details to come.

Matthew Bryan worked in a number of films including the 2016 film named Fashionista. After that, he also appeared in the television series named Nick and Lindsey Morning Show. Further, until now he worked with some big names in Hollywood like Amanda Fuller, Eric Balfour, Skeeta Jenkins and many more.

Matthew Bryan Feld is a private person and prefers to keep the information regarding his personal life within himself. He studied acting with The Barrow Group Theatre Company after receiving a Master's degree in jazz performance at the Manhattan School of Music. He calls himself an actor, writer, vocalist, musician, and producer on his Twitter profile.

Besides, it seems like he shares a good bond with her mom Cathy Feld on her birthday.

Happy Birthday, Mommy!!! In the words of Billy Crystal's character in Mr. Saturday Night..."What can you say about a woman who gave you life?" You've always been there for me. For Aaron. I am truly a lucky man, on so many accounts. God has truly blessed me with the many beautiful people he has placed and continue to place in my life. You are one of them, Mama. So grateful for you, Ma. Have a beautiful birthday. You deserve joy at all moments in your life. I love you, Mom!!!

Matthew is an active person on social media and uses Instagram from time to time. Moreover, he gathered a total of 833 followers on Instagram until now. Additionally, he stands at a decent height with a pair of black eyes and black hair.