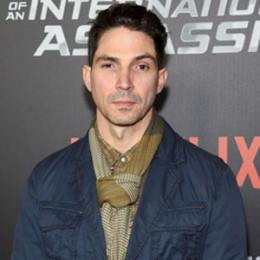 Maurice an actor with American nationality of Cuban descent is mainly known for his role in series like Breaking Bad and Narcos. Compte is a married man with children but he has kept a very low profile about his personal life.

A Cuban-American actor and director Maurice Compte is well known for his role in the series narcos and Breaking Bad. Born in New Orleans and brought up in Miami, Compte is the son of the Cuban immigrants.

Maurice attended SUNY Purchase and started his career with the feature movie “The Dream Catcher, ” and now he has won over 21 Awards.

Maurice Compte has been active since 1996 as an actor. In the 1990s and early 2000s, Maurice first appeared in the series including “Chicago Hope-Endstation Hoffnung,” and “Pacific Blue-The beach police.” He played small parts in movies like “Double Whammy” and “Before Night Falls.”

Compte played the recurring role of Charlie Gutierrez in the series of “E-Ring- Military Minds” from 2005. He was cast as a guest character in the “Monk” and “NCIS: Los Angeles."

Narcos actor Compte played the role of cartel member Gaff in the TV series “Breaking Bad.” In 2012, he featured in a film called “End of Watch.” Likewise, he Compte played roles in series like “Bones- The bone hunter” and “Criminal Minds” before 2014 along with Liam Neeson in the movie “Rest in Peace- A Walk Among the Tombstones” the part of Danny Ortiz played.

In 2015, Maurice became best known as Horacio Carrillo in the Netflix series “Narcos” in 11 episodes.

The directors of Narcos declared that the fourth season would reset as a new Netflix original series. The new series released on 16 November 2018 is set in Mexico in the 1980s.

The handsome Cuban-American actor Compte has kept his personal life very secretive. The 53-year-old actor is married to his longtime girlfriend. However, Compte has kept a very low profile about her life.

He also has two children with his, but the names are not known. Well, he doesn't want media involved in his private life. But he looks like he is happily married.

Another year around the sun with these two. If courage is about moving through fears into a place of vulnerability even when you feel that both the place and the process have the potential to hurt...then you are the two most courageous people I know. And you show me the way. Happy Birthday. I Love You. #Everyday #love #life #yes

He is frequent on Instagram where he has 41.7k followers as of 2022. He frequently posts images of his children and wife.

Merry Christmas to all the friends we know and the ones we will. #family #lachristmas #socallife

Looking at his social media posts, it's clear that he is a loving husband and a caring father.

After working for over two decades in film and television industry, Maurice Compte has an estimated net worth of $29 million dollars. His acting career is the primary source of his current net worth.