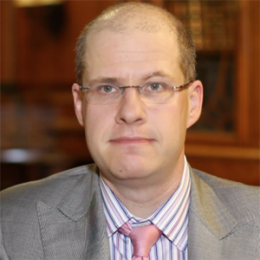 Max Boot is a well known Russian-American consultant, lecturer, author, editorialist, and military historian, mostly recognized as the editor and writer for "Christian Science" and "The Wall Street Journal."

Currently, Boot is Jeane J. Kirkpatrick Senior Fellow in National Security Studies at Council on Foreign Relations. Boot is also known for writing on various publications including, The Los Angeles Times, The New York Times, and The Weekly Standard.

Max Boot was born on 12 September 1969 in Moscow. Born to his Russian parents who later emigrated to L.A., Boot grew up in the busiest city of LA. He is of Caucasian ethnicity and holds American nationality.

After completing his higher studies, Boot began his journalism career by writing columns for Berkeley student newspaper, The Daily Californian.

In 2002, Max Boot wrote Savage Wars of Peace- a study about a small war in American history with Basic Books. Later, James A. Russell in Journal of Cold War Studies criticized about the book, as he said,

''Boot did none of the critical research, and thus the inferences he draws from his uncritical rendition of history are essentially meaningless.''

From 2003-2004, Boot collaborated with CFR (Council on Foreign Relations)and wrote numerous articles. He was also listed as one of ''the 500 most influential people in the United States in the field of foreign policy,'' by The World Affairs Councils of America. 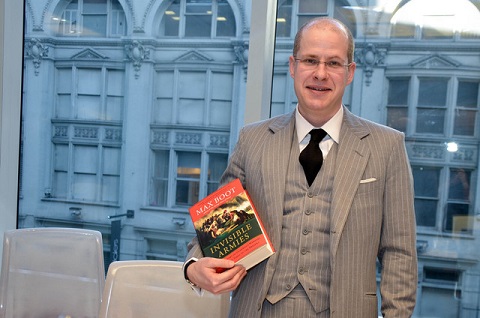 His another popular book, Invisible Armies, a history about the guerilla warfare, studying about several cases of successful and unsuccessful efforts, such as the recent Syrian Civil War, and the fighting during the American war of independence, and the Vietnam War.

He also received the Eric Briendel Award for Excellence in Opinion Journalism for his articles with CFR in 2007. He has also worked as a foreign policy adviser to Senator John McCain during 2008 United States presidential election bid.

Max Boot wrote for the CFR from 2010-2011 for various publications such as The New York Times, The Weekly Standard, and The Boston Globe. In 2012, when he was fellow with the New American Foundation, Boot along with Brookings Institution senior fellow Michael Doran titled as 5 Reasons to Intervene in Syria Now.

Currently, he is known as the Jeane J. Kirkpatrick Senior Fellow in National Security Studies at the Council on Foreign Relations(CFR), he serves as a contributing editor to the Los Angeles Times, and The Weekly Standard, also as a regular contributor to other publications including, The Washington Post, The Wall Street Journal, and The New York Times.

Max Boot is possibly single at present. As per gossipmongers, he is neither dating anyone nor he's been married, however, Boot stated that he has been secretly married to someone. Boot is discreet about his personal life and it seems he wants to maintain his privacy from the public.

Boot is busy dealing with Donald Trump's policy. At the time of an interview, Boot stated that Trump makes him feel like an outsider. He said,

''He is making me feel like an outsider, a Russian, a Jew, an immigrant.''

''Anything but kind of normal mainstream American, because of the way that he is dividing is and balkanizing us and seems to be catering to this white nationalist agenda.''

Boot is very busy dealing with Trump's policy as well as his career.

Trey Gowdy: “If you have an innocent client, Mr. Dowd, act like it.” What if he has a guilty client? Seems more probable, no? https://t.co/YPDyor3sOq pic.twitter.com/sHzZreFSHE

Looking at his political sides Boot considers himself to be a "natural contrarian" and a conservative.

Max Boot earns good amount of money from his successful career. His total net worth is estimated to be in million dollars. Boot makes $50,000 on average every year as an author. An average salary of any editorialist is $95k per year, and $62,120 annually as a military historian, we can assume that Boot also earns a handsome amount of money.

Boot also collects money from his books sales, as some of his most popular books which are available on Amazon and cost: The Road Not Taken($22.48), The Savage Wars of Peace($19.99), Invisible Armies($9.99), The American Empire In The Middle East($59.95).

Watch Max Boot talking about his recent book in an interview