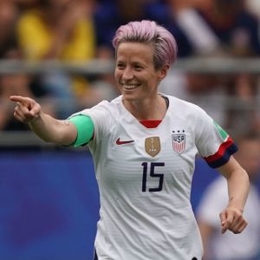 Megan Anna Rapinoe is an American professional soccer player, who captains a professional American soccer team OL Reign as well as the United States national team. On her presence in the national team, the USA won the 2012 London Sumer Olympics and both the 2015 & 2019 FIFA Women's World Cup.

Megan Rapinoe came to know; she was a lesbian during her first year in college. The soccer player revealed to the public about her sexuality, stating that she was dating Australian soccer player Sarah Walsh since 2009. After being with her around five years, Rapino and Walsh broke up in 2013. 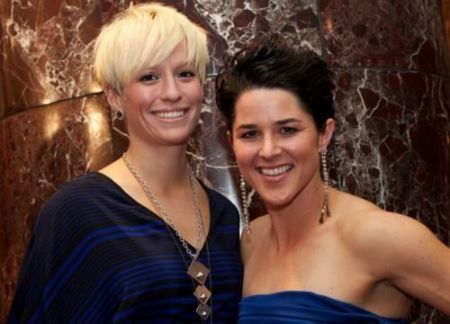 Soon later, the American captain started dating Sera Cahoone. Cahoone, as a matter of fact, an American singer and songwriter based on Seattle, who was a recording artist for Sup Pop. Following, they announced of exchanging rings in August 2015. One and a half-year later, it was said that the former couple would soon tie the knots. 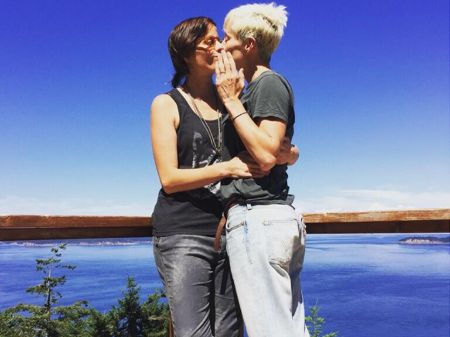 Megan Rapinoe and her ex-lover, Sera Cahoone. SOURCE: The Knot

However, it was found out that she was dating a basket player named Sue Bird since late 2016. She made her relationship public with Seattle Storm star on July 20, 2017. Besides, Rapinoe and her beau, Bird, were featured as the first same-sex couple on the cover of ESPN's The Body Issue. 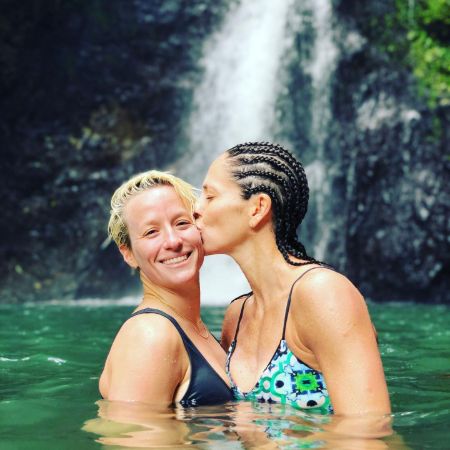 The lovely pair often spend time together despite being the roasters of two different team. Also, the duo frequently shares their pictures and videos on their respective social media accounts. Their social posts clearly state the eventually visit various events and have traveled many places together as well. We hope that the couple to be together forever and soon announce their wedding plans.

The 34-year-old athlete recently has been highlighting in many news for publicly Criticising President Donald Trump. According to TMZ, she called Trump a 'white nationalist' because he screwed over his supports. Believe it or not, she even considered running office someday by herself to get things right in a Quarantine interview taken by Anand Giridharadas.

And, the spewing of hate and the other'ing of the rest of the country has only led to rifer between people and more despair and more anxiety and more fear going forward.

Rapinoe further stated that Mr. President failed to give a bunch of jobs. She continued that there is no good future on his leadership.

To tell you the truth, OL Reign star has criticized Trump. Previously, she declared that she wouldn't be visiting the White House if the United States win the 2019 World Cup.

When asked Megan what about her plans after the soccer career wraps up, the 5 feet 6 inches tall said that she would be getting into politics. Furthermore, she admitted having smarter people out there, but she says she's good at delegating, and also make sure she loads her cabinet with top talent.

OL Reign no. 15 roaster, who was inspired by her brother since the age of three, she has played for six different professional teams so far as soon as she finished her college career with a record of 30 goals and 28 assists in 60 games. The winger was hired by Women's Professional Soccer team Chicago Red Star, where she scored three goals in 38 games. In 2011, she joined Philadelphia Independence and later Magic in the same year. 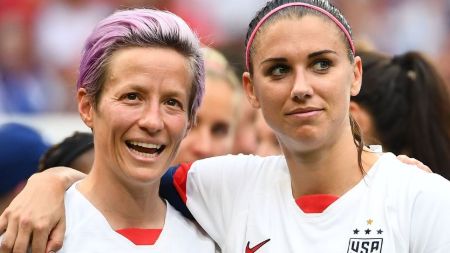 Subsequently, she signed the Australian W-League team, Sydney FC, where she played two games, scoring a goal within the first seven minutes of a match. In 2012, she joined an American team, Seattle Sounders Women. Then, she signed Seattle Reign in the year 2013 and had a fabulous career there. Currently, she captains OL Reign and scored 37 goals in 75 matches.

Speaking about her national team career, Anna Rapinoe was selected in the United States under 20 in 2003, where she scored nine goals in 21 international games. In 2016, she started playing in the senior team. Since 2018, together with the national team roasters Carli Lloyd and Alex Morgan, she co-captains the USA soccer team. 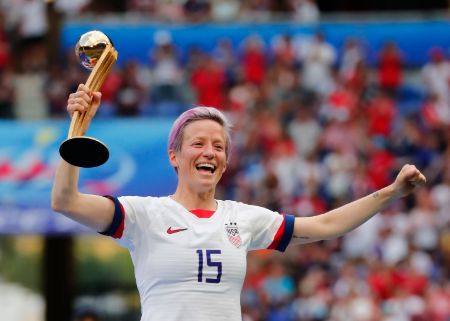 Apart from this, she works as an advocate for various LGBT organizations. Moreover, she is endorsed by Nike, Procter & Gamble, BodyArmor, Hulu, LUNA Bar, Samsung, and DJO Global, and has appeared for Wildfang as well as Nike in many promotional items. She must have surely earned decent money featuring in these brands.

Besides, Megan and fellow athletes Christen Press, Tobin Heath, and Meghan Klingenberg co-founded a gender-neutral lifestyle brand titled Re-inc in the year 2019. There is no doubt; the US national team co-captain is enjoying a lavish life with her loved ones.

For more exciting Articles, Wikis, and News, stay connected with us at marriedwiki.com.