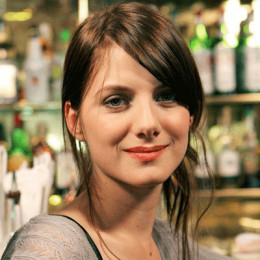 Mélanie Laurent is a very successful and talented actress and model. She is also a director, singer, and writer. She is a winner of César Award for Most Promising Actress 2006 for her role in the movie Don't Worry, I'm Fine. She has won several of the other prestigious awards in her career.

Laurent was born on February 21, 1983, in Paris, Île-de-France, France. She is a French belonging to the Caucasian ethnicity. She is the daughter born to Annick and Pierre Laurent. Her father was a voiceover actor, and her mother was a ballerina.

Laurent is Jewish and her ancestors were of both Ashkenazi (Polish-Jewish) and Sephardic (Tunisian-Jewish) descent. She grew up in the 9th arrondissement of Paris.

Laurent's career in acting started in 2006. She played minor roles in numerous films in the beginning. She made her appearances in several TV programs such as Michel Blanc’s drama, Summer Things and Jackie Chan’s comedy-drama, Rice Rhapsody.

Laurent made her breakthrough performance in 2006. She portrayed sullen, 19-year-old child in Don’t Worry, I’m Fine. She won a César Award for Most Promising Actress for her significant performance in the movie.

Laurent is a married woman and has a son. She revealed her marriage in March 2013. She has not disclosed the name of her husband. She loves her husband and child very much and spending a very happy life with them.

Though she refused to name her husband, she mentioned The Independent that  "he was a crew member and I was an actress."

The couple is blessed with a son named Léo. She gave birth to her son in September 2013. She currently lives with her family.

Prior to Laurent’s marriage, she dated fellow French actor, Julien Boisselier and had a long-term relationship together. The pair ended their relationship in 2009. There were rumors and gossips of her relationships with Ewan McGregor and Bradley Cooper in the past.

Laurent,36, stands an unusual height if 1.5 meters. She has made an attractive amount of money from her work. Her movie, In the Sea, grossed $3.3 million worldwide. She has the net worth of $8 million.

She is a married woman. No information is available on her husband. She has a child from him. She is living happily with her husband and child.

He is very young. His parents loves him very much and is seen often with his parents.