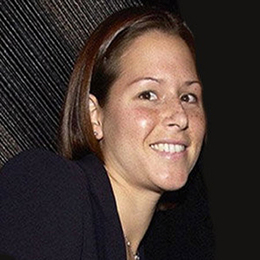 It is pretty normal to see people getting fame after marrying a famous partner. "Melia McEnery" is no different as she gained the wide interest of the public after she exchanged wedding vows with English guitarist, singer, and songwriter "Eric Clapton."

Melia McEnery came into limelight when she married rock and blues singer Erick Patrick Clapton aka Eric Clapton. Their relationship gained lots of attention, mainly because of their 31-year age difference.

McEnery and her beau, Eric Clapton has been kindling romance for two decades and united as a life partner (husband-wife) for eighteen years now.  Needless to say, despite going through a lot of ups and downs in life, they are still together.

Melia, who had a reputation as a womanizer, has said that from the very first moment he encountered her, there's something in her which made Eric act like a gentleman. They shortly began dating each other after confronting for the first time. 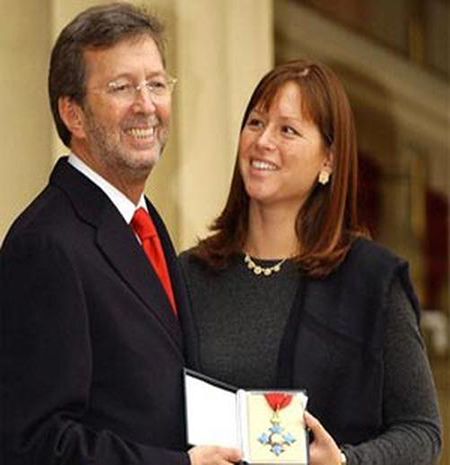 Melia met her current husband in 1998 at a party hosted by her then employer Armani in Columbus, Ohio. He was 53 at the time. She approached him at first, as she wanted an autograph for her uncle.

They clicked on their first meeting only and started dating soon after. However, it was not a happy ending at first because, after a year of dating, the couple broke up due to Clapton's demanding career.

The love between them, however, was so strong that they patched up soon after their separation. After getting attached in late 2000, it was disclosed they were not just back together but expecting a baby too. They then dated for two years before tying the knot on New Years'day of 2002.

The wedding took place at the Chapel of St Mary Magdalene in Clapton's birthplace, Ripley, United Kingdom. The ceremony took place in the presence of their close friends and family.

All in all, the cupid is now together for over seventeen years, and the bond is only getting stronger. There are no divorce rumors, as well.

Melia and her partner Eric are blessed with three daughters. Their first daughter Julie Rose Clapton was born in June 2001, before their wedding. The couple moreover exchanged marriage vows on the day of her baptism.

On the very occasion of New Year's Day of 2002, the lovebirds invited some close friends and family members to involve in the baptism of daughter Sophie Rose. The ceremony was held at the Chapel of St Mary Magdalene in Ridley, England. 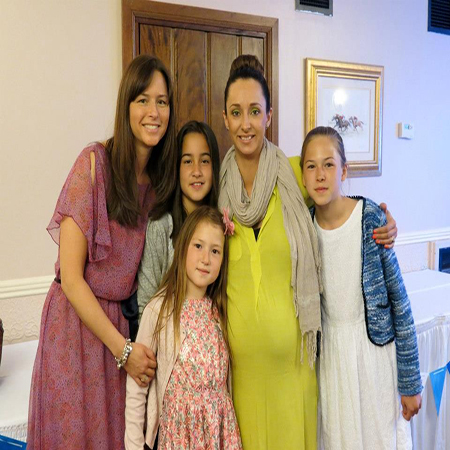 Melia's spouse Past Affairs and Children

Melia's spouse Eric Clapton was known in the music industry as a womanizer. His first known public relationship was with American funk singer Betty Davis.

In 1979, he married British model and photographer Pattie Boyd Harrison. The couple got divorced in 1989 amid the rumors of Clapton's infidelities and domestic violence. They shared no children.

The star furthermore also dated Italian model Lory Del Santo in the 1980s. The couple became parents of Conor Clapton, who was born in August 1986. Sadly, he died on 20 March 1991 when he accidentally fell from a window in his mother’s New York City apartment.

McEnery furthermore has a  daughter, Ruth Kelly Clapton, from his relationship with Yvonne Kelly, the manager of AIR Studios Montserrat.

How Much Is Melia McEnery Net-worth?

Melia McEnery, who started a career as an administrative assistant for Armani, became a  socialite and philanthropist after marrying singer Eric Clapton.

Melia McEnery's husband Eric Clapton is considered one of the wealthiest rockstars in the world with a total networth of $300 million. He earned this income from sales of his albums, tours and successful business ventures.

He is also the owner of a company Marshbrook Ltd and co-owner of a clothing company Cordings Piccadilly. 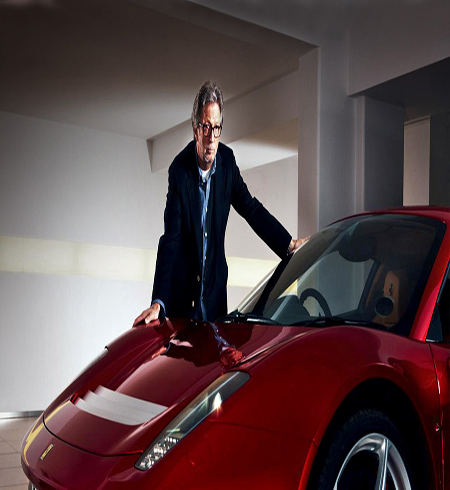 Eric Clapton with his custom made Ferrari.

Eric furthermore considers himself a car enthusiast and owns various Ferrari cars. He even has a custom made Ferrari SP12 EC which costs on average $4.7 million. In addition to that, he holds a Mini Cooper Radford which on average costs $21,900-$36,900 in 2019.

Melia McEnery and her Husband Houses

The couple has houses all over the world. They own a home in England, France, Columbus, Antigua and many more. His house in Los Angeles was listed in the market for $5.495 million in 2017. 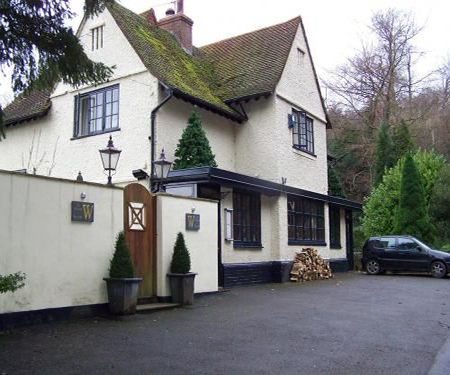 McEnery currently serves as a BOD of many children charities by her husband, Eric Clapton. She furthermore is heavily involved in the charity Crossroads Centre that is located in Antigua. The couple regularly organizes events to fundraise for the center. Till now, they have raised over $10 million, for the center.

Melia McEnery was born on February 1, 1976, in Columbus, Ohio, United Staes of America. The 5 feet 8 inches tall star was born under the zodiac sign Aquarius is shared by Harry Styles and Ed Sheeran as well.

She was a single child in a middle-class household. Her father worked in construction, and her mother was a homemaker. She is of mixed race. Her mother is of Korean-Irish heritage and her father is of Scottish-English heritage. 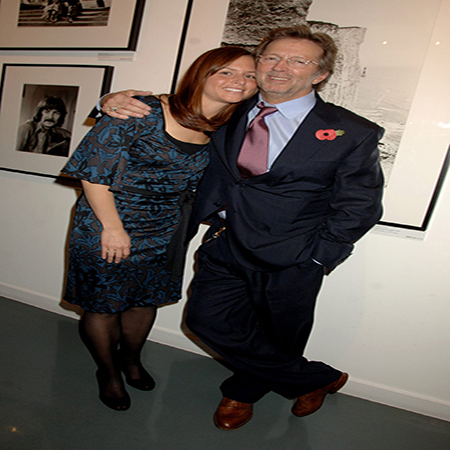 The 43-year-old was a talented artist from a young age and won many state-level art competitions in her childhood. She pursued her interests and graduated from university with a Bachelor's degree in arts.

Eric Clapton and Melia McEnery are married for over 17 years. They are happily married with no signs of separation.

Melia McEnery first daughter Julie Rose Clapton was born out of wedlock. The couple moreover exchanged marriage vows on the day of her baptism.

Ella May Clapton is the second daughter of Melia Mcenery and Eric Clapton. She has two biological sisters and one-half sister.

Sophie Belle Clapton is the third daughter of Melia Mcenery and Eric Clapton. She has two biological sisters and one-half sister.