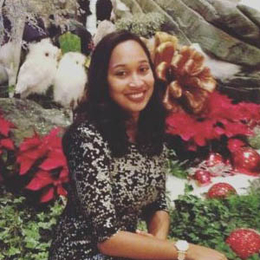 Melissa Heholt makes a decent career out of her work as an event planner. After completing her education, she initially started as a teacher and now positions herself as an executive director of Dreamfield Foundation established by her husband. Most importantly, she is the founder of her own event planning company, Statice Events.

Melissa Heholt Married Life; Who Is Her Husband? Her Children?

Melissa Heholt is happily married to her husband Jermaine Lamarr Cole, famously known as J. Cole. They got married and kept secrecy about their marriage for long. Her husband is a famous rapper active in the industry since 2007. They share a son together but the couple is yet to share details about him in the media.

Cole married was no more a mystery during a January 2016 interview with director Ryan Coogler. It was Coogler who accidently revealed that Cole is wedded to Heholt. 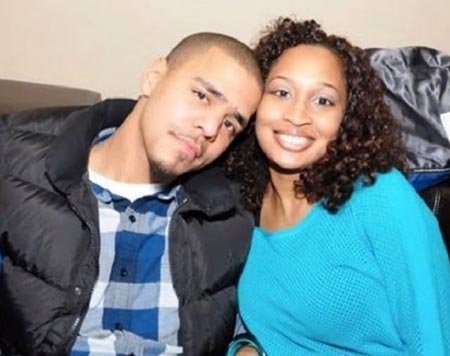 The duo started their relationship from their college days in St. John's University. At the time, Cole was pursuing business and communication as a major subject. Cole was not popular at the time they met and started dating.

People adore the duo and keep on talking about their affair. It's the fact that Heholt and Cole have been an example for people who assume that childhood love is tough to sustain.

She is living a delightful married life with her husband, keeping details about their family away from media. They've been together for over a decade and are currently focused on parenting their son.

Melissa Heholt Career; Know About Her Net Worth, Earnings and Income

An event planner, Melissa Heholt has less to show about herself in the media. But, her husband J. Cole makes a net worth of whopping $30 million, all from his career in singing, rapping, and songwriting. 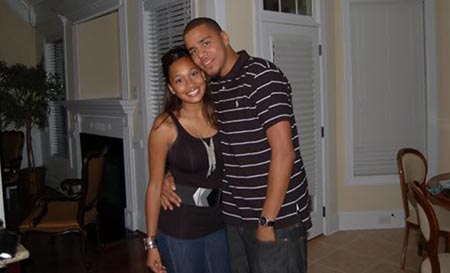 Melissa Heholt and her husband back in the days.
SOURCE: Gossip On This

Melissa herself is engaged in certain professional work. For instance, she initially started teaching but stopped after a few years after realizing the pay was less than what she expected.

As of now, she is the executive director of the Dreamville Foundation established by her boyfriend turned husband Cole. Established in 2011, the foundation is concerned about helping youths unlock their real potential. She also founded her own event planning firm called 'Statice Events'.

Explaining about her event planning, she wrote in the About Me section of her website,

"Event planning began as just a hobby for me, eventually blooming into a life-long passion. One would wonder why it took me until after I graduated with an M.S. in Childhood Education and sometimes teaching to figure this out. The process of planning an event gives me excitement like no other, so much that I was crowned the “go to girl” for planning special events amongst, my family, friends, and collegiate organizations."

Furthermore, working with her husband in the Dreamville Foundation is so much fun for her. During an interview with Karla With A Kay, Heholt said,

"The Dreamville Foundation was started in October 2011 based in Fayetteville, N.C., to reveal to the youth their limitless potential through positive experiences, whether it is an event or program. I have been very involved with this organization as their Executive Director, helping to establish the organization and coordinate its events and programs."

She's definitely making huge bucks out of her career

Born on October 10, 1987, in the New York, United States, Melissa Heholt currently resides where she was born. She is of Multiracial Brown American ethnicity and American nationality. Her zodiac sign is Libra. 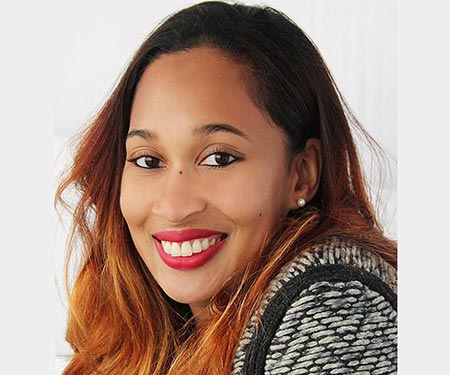 Heholt went to Archbishop Molly School for her high school and later graduated from St. John's University, New York, with two bachelor's degree. After a few years, she opted Childhood Education and earned a master's degree from the same university.

Event planner Melissa Heholt is long married to her boyfriend turned husband J. Cole and live a delightful married life with him.

Melissa Heholt and her husband J. Cole were blessed with a son. They have kept secret of the details about their son.