Home Article The Big Bang Theory star Melissa Rauch is Married to Husband Winston Beigel; The Couple is Expecting their First Child together

The Big Bang Theory star Melissa Rauch is Married to Husband Winston Beigel; The Couple is Expecting their First Child together 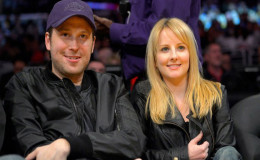 Her quirky, smart and funny role as Dr. Bernadette Rsotenkowski-Wolowitz won her a lot of fan base; we all know the brilliant TV actress Melissa Ivy Rauch.

Melissa Ivy Rauch rose to fame after starring in insanely famous CBS sitcom The Big Bang Theory and now her fans want to know all the details about her personal life.

Well, for starters, she's happily married to her loving husband Winston Beigel but that's not it! She's expecting a baby soon. Let's dig into further details about this soon to be proud parents.

Melissa and Winston's story takes us back in the 2000s when both met while attending Marymount Manhattan College. They collaborated in creating a one-woman show where Melissa was the lead called, "The Miss Education of Jenna Bush" inspired by seeing the president's daughter. 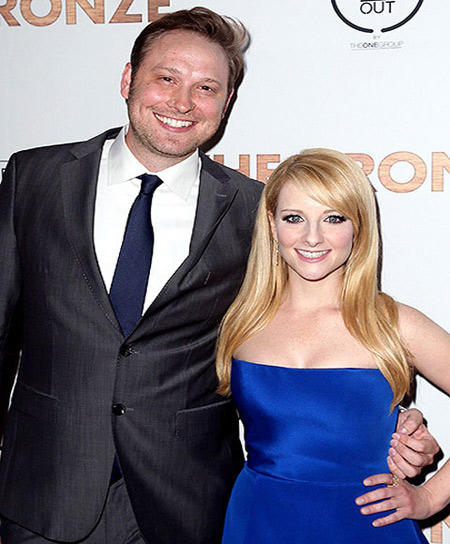 Their show became a hit and got outstanding reviews, becoming the audience favorite at the 2005 New York International Fringe Festival.

She got a lot of exposure in the field of acting and landed parts in television and also in the film. The pair started dating ever since in college and later moved together to Los Angeles.

The under-the-radar couple got married back in 2007 in an intimate ceremony and after several auditions, she finally landed up a major role in The Big Bang Theory alongside Jim Parson, Kaley Cuoco, Johnny Galecki, Simon Helberg, Kunal Nayyar, and Mayim Bialik.

The wonderful couple has been together for a long time and is still going strong without any divorce or rumors of affairs. Apart from acting, she and her writer husband write together like film scripts and scripts for short videos for Funny or Die website.

The couple Soon To Welcome A Baby! Had Past History Of Miscarriage

On July 11, 2017, Melissa and Winston officially announced that they are having a baby together and they'll probably welcome their child by the fall of 2017.

Although this is happy news for the couple, Melissa expressed concerns regarding her pregnancy because she suffered miscarriage before. 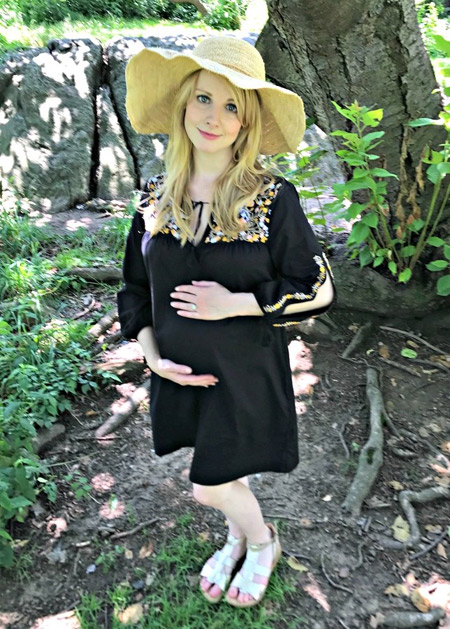 Melissa is pregnant with her first child.

And this time too, she stated that she's really scared and emotional because they want a baby and start a family.

In her story written in Glamour Magazine, she wrote a memoir and told her heartfelt story. She wrote,"

"During the time when I was grieving over my pregnancy loss or struggling with fertility issues, every joyful, expectant baby announcement felt like a tiny stab in the heart. It’s not that I wasn’t happy for these people, but I would think, Why are these shiny, carefree, fertile women so easily able to do what I cannot?"

"And then I’d immediately feel guilt and shame for harboring that jealousy—one might call this “the circle of strife.” (A song I imagine is somewhere deep in the extended director’s cut of The Lion King.)"

She concluded the memoir professing that she's finally happy, supporting the women who're suffering miscarriages, telling them they are not alone in this journey.

Congratulations!!! Melissa welcomed her first child; a baby girl and the 37-year-old actress shared the news on her Instagram account with a caption, 'It's a girl'. She named her child Sadie.

"I am beyond over the moon to share that our beautiful baby girl, Sadie Rauch, has arrived and our hearts are bursting at the seams with love for her."

"I will never take for granted the difficult road it took to get here. To those on that road: I'm sending you so much love today and always. (sic)".

We wish the couple a big congratulation and best wishes for their future endeavors.