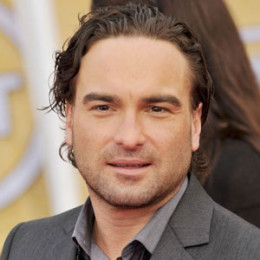 Johnny Galecki is a famous actor known for his work in hit series like Roseanne and The Big Bang Theory. Not only that he also performed in films such as Suicide Kings, I Know What You Did Last Summer and many others. He is a single man now but previously has dated famous actresses including Kaley Cuoco and Kelli Garner.

Johnny Galecki is a famous actor known for his work in hit series like Roseanne and The Big Bang Theory. Not only that he also performed in films such as Suicide Kings, I Know What You Did Last Summer and many others. He is a single man now but previously has dated famous actresses including Kaley Cuoco and Kelli Garner.

The 44-year-old Belgian actor is not married to this date but he is in a live-in together relationship with Alaina Meyer since September 2018. Johnny and his alleged partner are blessed with an adorable child.

Galecki announced he was expecting a baby boy with girlfriend Alaina together on May 3, 2019. Additionally, it was disclosed they were expecting a boy later that month.

Johnny is currently a single man. He dated actress Kaley Cuoco in 2007. The duo had an affair while working on The Big Bang Theory. They stayed girlfriend-boyfriend for almost two years and broke up in 2009.

However, they are on good terms even after being apart. Galecki then dated actress Kelli Garner. The couple split up after dating for some time in 2014.

Johnny has been romantically linked to a number of celebrities while chasing his career. He has dated actresses including Ariella Nicole and Ari Graynor.

Johnny Galecki has had affair with Canadian actress Laura Harris in 1996. They met on the set of Suicide Kings, a mystery crime film. Galecki was 20 and Harris was 19 when they were an item.

What is Johnny Galecki's Net worth?

Johnny is one of the well paid American actors. He currently has an estimated net worth is $50 million. In 2013, he charged $325,000 per episode of Big Bang Theory whereas the amount was raised up to $1 million in 2014.

Galecki is the owner of 360 acres of land with vineyards and the log cabin in Santa Margarita, California. In 2017 his ranch got destroyed by a major wildfire.

Galecki began his career as an actor debuting in CBS miniseries Murder Ordained in 1987. He then got opportunities to perform in films like National Lampoon’s Christmas Vacation in 1989, and American Dreamer in 1990. Johnny soon became a regular on ABC series Billy.

In 1991 he made his appearance in an episode of Blossom opposite Mayim Bialik. He also became a regular cast member of sitcom Roseanne after making some guest appearances in the show.

In 1995 Johnny appeared in the music video of Dave Matthews Band song Satellite. Furthermore, he featured in I Know What You Did Last Summer in 1997 followed by The Opposite of Sex in 1998 and Bounce in 2000.

He continued to play in an array of films such as Suicide Kings in 1997, Bean in 1997, Vanilla Sky in 2001, Bookies in 2003 and many others. He then performed on the play The Little Dog Laughed. His incredible work got him an opportunity to play in the CBS's, The Big Bang Theory in 2007.

Galecki for his performances has won awards like Young Artist Award in 1994, TV Land Award in 2008 and Satellite Award in 2012.

Johnny Galecki was born on April 30. 1975 as John Mark Galecki. He hails from Bree, Belgium. He is the son of a mortgage consultant, Mary Louise Noon and a member of the U.S. Air Force as well as a rehabilitation teacher, Richard Galecki. He grew up in Oak, Illinois along with his younger siblings, Nick and Allison. He used to make up long stories and tales when he was a child.