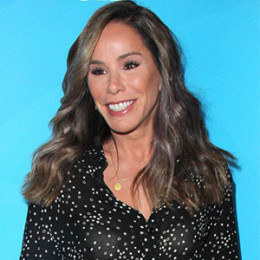 American actress, television host, and producer, equestrienne, and philanthropist, Melissa Rivers is the daughter of Joan Rivers, a comedian and Edgar Rosenberg, a producer. She is best known for starring in the sci-fi/comedy made-for-television movie 'Men in White'.

The Big Tease star is not involved in any kind of relationship not she's seen with any men at present. She is probably focused on writing books and TV shows. In the meantime, Melissa prefers to spend quality time with her only child, Edgar Cooper.

Melissa Rivers was previously married to John Endicott, a horse trainer. Cause of her partner, the actress has been known to jump horses over 4-1/2 foot obstacles. The couple's ideal wedding ceremony was held on 12 December 1998, at New York City's Plaza Hotel. 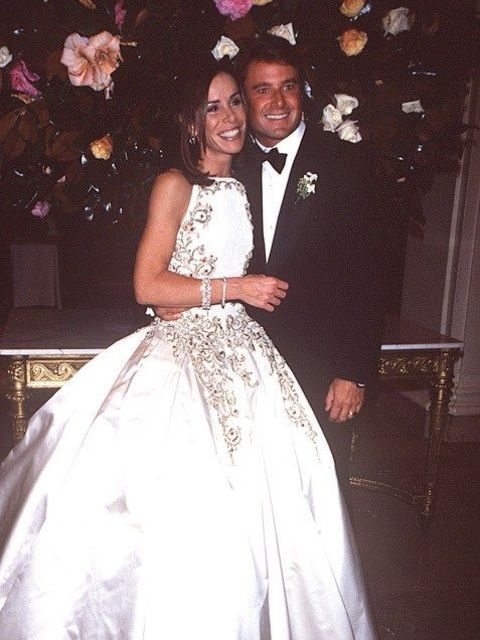 Rivers and her spouse, Endicott lived in a marital relationship for five years until they divorced on 19 June 2003. Melissa and John shares a son, Edgar Cooper Endicott, born on 1st December 2000.

New York Times best selling author has been in an intimate relationship with Jason Zimmerman, a sports coach from 2008. Further, even her love affair with the alleged boyfriend Jason could not last long. They broke up in late 2011 citing personal issues.

How Much Is Melissa Rivers Net Worth?

Melissa Rivers, an American TV personality has an estimated net worth of $100 million in December 2019. Melissa is the only child of her parents for the very reason she inherited over $100 million real estate properties owned by her late mother, Joan Rivers.

In October 2014, News agencies close to the Rivers family reported that Melissa would be inheriting $75 million in cash plus her mother's $35 million condos located in New York City. Melissa was very close to her mom. They were even featured in the reality show 'Joan & Melissa: Joan Knows Best'.

Rivers and her mother appeared in the film "Tears and Laughter: The Joan and Melissa Rivers Story" which earned them huge fame and criticism. Moreover, she has been introducing a YouTube series "In Bed With Joan" since 2003.

Melissa has been a regular guest on the webcast show entitled 'Tom Green's House Tonight'. Rivers began working for CBS News prior to indulging herself in movies like Silk Stalking, Men in white, Beverly Hills, 90210, and The Comeback.

The TV host and producer, Melissa Rivers sold out her Pacific Palisades home of 20 years for a little over $5.223 million in July 2019. The 5,850 square foot floor plan was made with East Coast design with splashes of ancient colors. This gated and hedged house dates back to 1953.

Rivers, a 51-year-old journalist is a living goddess in human beings. She participates in vivid game shows to raise money for charities. Some of the shows she's involved are "Who wants to be a millionaire" and "Celebrity Apprentice". She earned $22,250 on a special celebrity edition of Who Wants to Be a Millionaire.

The 51-year-old actress is an avid animal rights advocate and true supporter of the Make-A-Wish Foundation. In 2003, she also appeared in a PETA anti-fur ad campaign, encouraging consumers to "Fake It...for the Animals' Sake."

Melissa Warburg Rosenberg aka Melissa Rivers was born on 20 January 1968 in New York City, U.S. She is the daughter of Joan Rivers, a leading TV show host, and Edgar Rosenberg, a British film producer.

The blonde beauty spent most of her childhood days in Los Angeles. Melissa went to John Thomas Dye School, The Buckley School, and Marlborough School. She graduated from the University of Pennsylvania and also received a degree in European History in 1989.

Followed by the death of her father, Edgar Melissa took on her mother's stage surname, after which she became renowned as Melissa Rivers. She developed her interest in dance at the age of 8 but became more serious about her passion at age of 12.

Melissa Rivers was previously married to John Endicott, a horse trainer in December 1998, at New York City's Plaza Hotel and divorced in 2003.

She has a daughter named Edgar Cooper Endicott was born on 1st December 2000.