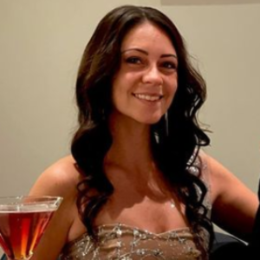 Melyssa Davies is a health care professional and the beloved wife of the renowned actor and comedian James Murray. She came to the limelight after her romantic relationship with the comedian. Moreover, the affair of Melyssa and James broke headlines due to their significant age difference.

Melyssa Davies is happily married to Impractical Jokers star James Murray. The pair tied the knot on September 25, 2020, at the Lakehouse Inn which was a largely outdoor venue in Bucks County of Pennsylvania.

Further, the intimate ceremony of Davies and Murray took place in the presence of a rather close group of family and friends. Not to mention, Davies and Murray planned their big day concerning the pandemic restrictions. 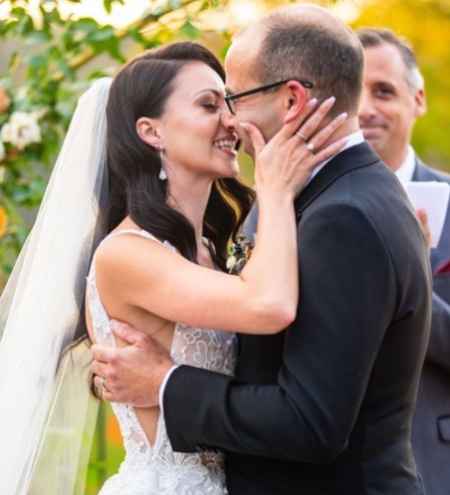 According to People, Melyssa and James had four different wedding lists with four plans planned favoring over the situations. And, one of the most extremes was a bridal party celebration in their home backyard. 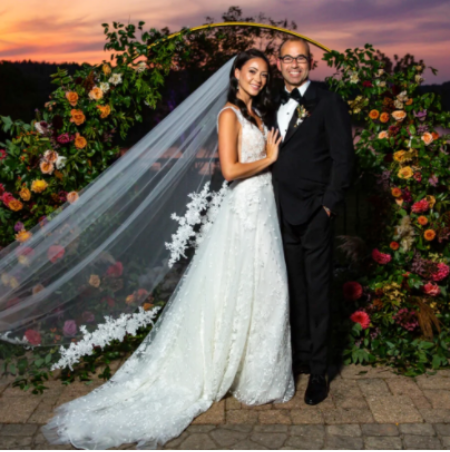 When it comes to the role of the officiant, the rest of Impractical Jokers' stars including Sal Vulcano, Brian Quinn, and Joe Gatto who also played the role of best man officiated the wedding.

Does Melyssa share any children with James? As of December 2021, Davies and her husband are yet to raise a family of their own. It seems that Mr. and Mrs. Murray have no intention to get into the responsibility of becoming parents yet.

Davies, however, is a mother to the couple's dog named Penelope. Not to mention, Melyssa and Davies also run a page on Instagram dedicated to their furbaby who boats nearly 10,000 followers, as of now.

The beautiful Melyssa Davies met her then-husband James Murray back in 2018 at his debut novel Awakend's party in New York. At the time, Murray was already a famous actor and author who had appeared in TV series like Down to Business, MacGyver, Gods of Medicine, etc. 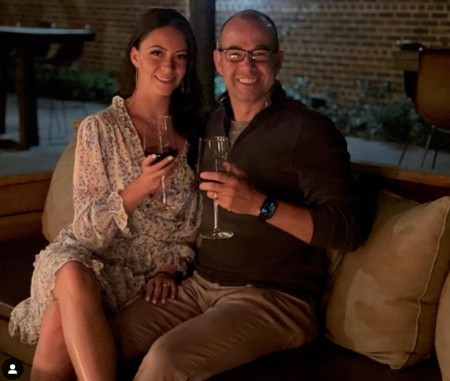 Melyssa dated James Murray for a year before getting hitched. SOURCE: Instagram

And, after a year of dating, James proposed a diamond ring from Tiffany & Co. in August 2019. Following the wedding, Mellisa and Murray went on a honeymoon in the Maldives at Soneva Jani Resort. They also showed up as a married couple on the September issues of Sophisticated Wedding magazines.

How much is Melyssa Davies Net Worth?

Melyssa Davies possesses an estimated net worth of over $1 million which she bagged from her career as a nurse working in senior and hospice care. In addition, Melyssa also works as an American Television personality.

Not to mention, Davies' husband had been a producer for Joker Wild, Impractical Jokers: One Night at the Grand, Say What, and others. And, Murray's co-stars from Impractical Jokers were Brian Quinn, Sal Vulcano, and Joe Gatto. He earns from his successful career in comedy television shows and books.

Murray, likewise, has produced over eight TV series episodes named "The Misery Index" from 2020 to 2021. Murray won a $100,000 grand prize at NBC's It's Your Show Competition. Today, Murray has summoned a staggering net worth of $5 million he earned from his career as a comedian and producer known for Impractical Jokers.

Melyssa Davies is happily married to comedian and producer James Murray since 2020, They are together for over a year. The couple does not have children.