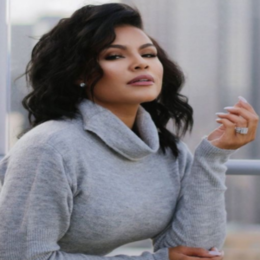 Mia Thornton is a reality star who happens to be a new face for the Real Housewives of Potomac's season six. Furthermore, she is a businesswoman and mother of Gordon Thornton's three children.

Mia Thornton has been blissfully married to her husband, Gordon Thornton, and have been together for more than a decade. Mr. and Mrs. Thornton met each other for the first time in 2003 in a strip club. And, the 36-year-old doesn't shy away from flaunting their chemistry whenever she can. 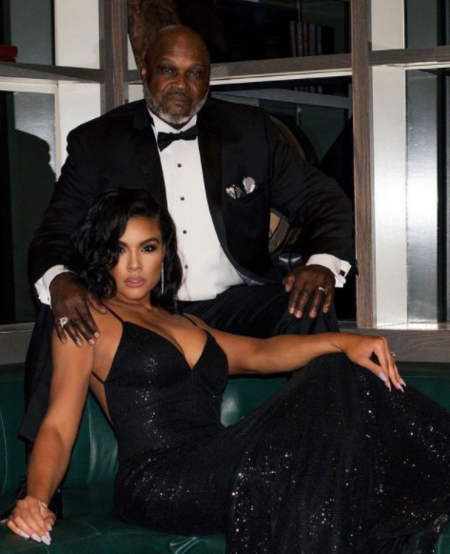 Before this, Gordon and Mia were friends and served on the same board for a nonprofit organization to fund money for Haiti. Moreover, they have actually been exclusively together for thirteen years now. Mia tied the knot with Gordon on May 5, 2012.

Mia Thornton is a mother to three kids. SOURCE: Instagram

Surprisingly enough, not biologically but, Mia has step-grandchildren through her husband Gordon, who is 32 years older than the reality star. Mia has four grandbabies, including two adults moving into the college world and two in school.

Mia Thornton has earned a colossal net worth of $5 million with her hard work and dedication. The RHOP cast makes a hefty sum of money from her career as a franchise manager for the Joint Chiropractic Doctor Offices. And, she has already expanded her business in four different states: North Carolina, Maryland, Virginia, and New York. 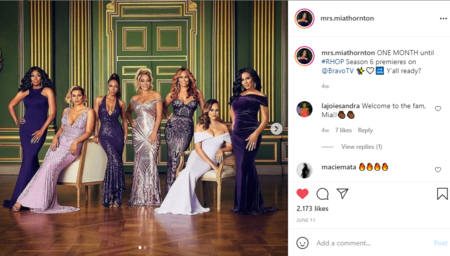 Likewise, Thornton's husband Gordon is as wealthy as his wife and owns multiple McDonald's franchises, and is also the owner and CEO of Giselle Executive Management DBA.

Mia has been involved in several philanthropic works. Along with her husband Gordon, Mia served and sponsored the families of Ronald McDonald House of Charlotte. Moreover, she sponsored A Better World UNCF, Autism Speaks, and A Child's Place.

Mia Thornton married Gordon Thornton on May 5, 2012. They have been friends since 2003 but took the relationship into next level after eight years.

Jeremiah Carter is the first child of Mia Thornton and her husband Gordon Thornton. He was born on July 20, 2015.

Joshua Carter is the youngest child of Mia Thornton and her husband, Gordon Thornton. He was born in 2018. Joshua has two siblings.

Juliana Carter is the second child of Mia Thornton and her husband Gordon Thornton. She was born in 2017 and has two brothers.