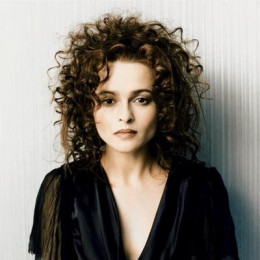 She is an English actress best known for her roles in films like Charlie and the Chocolate Factory, Planet of the Apes, Alice in Wonderland, Big Fish, Corpse Bride and Dark Shadows. She made her acting debut in a television show A Pattern of Roses. She is a daughter of Raymond, a merchant banker and Elena, a psychotherapist. She studied at South Hampstead High School, and from Westminster School she completed her A-levels.

She is a beautiful lady who always has a pretty smile on her face. Talking about her personal life, she is not married yet. She stayed in a relationship with an actor who was a married guy. They stayed together for several years and got separated. After a long time from her first breakup, she again got hooked up with a guy who is a director and has cast her in some of his films. They are no more in relation now. The couple together has two kids.

Helena Bonham Carter was born on 26 May 1966 in Islington, London, England. Her father, Raymond Bonham Carter was a merchant banker. He was the alternative British director of the Bank of England at the International Monetary Fund in Washington, D.C. in the 1960s. Her mother Elena (née Propper de Callejón) is a renowned psychotherapist. Her birth sign is Taurus.

Carter is the youngest among three kids of Raymond. She has two brothers named Thomas Bonham Carter and Edward Bonham Carter. 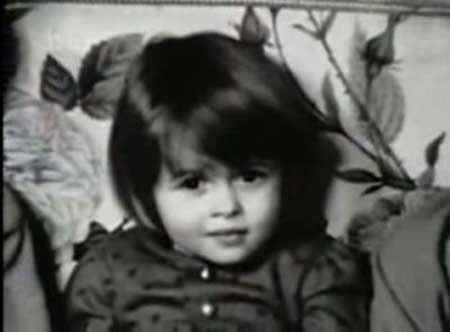 She attended South Hampstead High School and completed her A-levels at Westminster School. Her mother suffered from a serious nervous breakdown. Five years later her mother's recovery, her father was diagnosed with acoustic neuroma who died in January 2004.

Carter made her acting debut in a TV commercial at age 16. She also performed a minor role in a TV movie, A Pattern of Roses.

She appeared in the lead role in Lady Jane in 1986 portraying the role of Lady Jane. She received wide recognition and huge fan base playing as Lucy Honerchurch in A Room with a View.

In 1994, she performed in the British sitcom Absolutely Fabulous as Edina Monsoon's daughter Saffron.

Some of her famous roles include Fight Club, Wallace & Gromit: The Curse of the Were-Rabbit, Sweeney Todd: The Demon Barber of Fleet Street, Big Fis, Corpse Bride, and Charlie and the Chocolate Factory.

She launched her own fashion line in May 2006.

She appeared in Alice in Wonderland as Red Queen alongside Johnny Depp, Anne Hathaway, and Crispin Glover in 2010. Some of her recent movies include 55 Steps, Ocean's 8, Alice Through the Looking Glass, Suffragette, and Cinderella.

Turks & Caicos, Burtin & Taylor, Codes of Conduct, Love, Nina, and Saying Goodbye are some of her recent TV series.

Bonham Carter received many achieved a lot throughout her career to date. She received a BAFTA Award, a Screen Actors Guild Award, and a Critics' Choice Movie Award.

She received two nominations for the Academy Award; one for Best Actress as Kate Croy in The Wings of the Dove and the other for the Best Supporting Actress. She won seven Golden Globes and three Primetime Emmys.

Furthermore, she was honored with a Satellite Award and two National Board of Review awards. 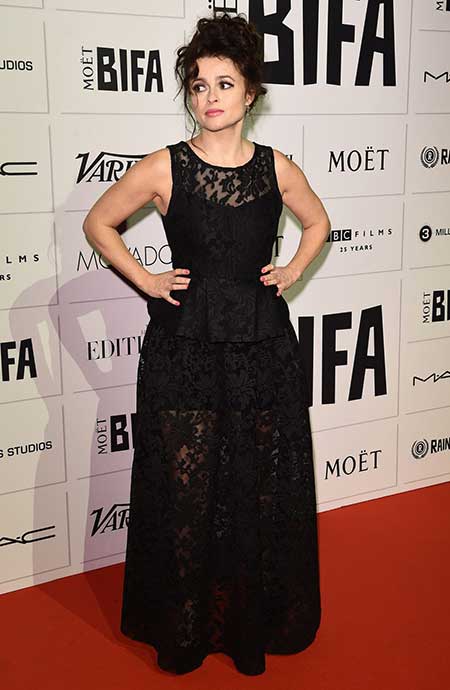 She became the Commander of the Order of the British Empire (CBE) in the 2012 New Year Honours. The British prime minister, Dave Cameron declared that she had been appointed to Britain's new national Holocaust Commission in January 2014.

Bonham Carter has an estimated net worth of about $24 million at present. She lived in an adjacent London townhouse with her ex-boyfriend Tim Burton.

The two homes were built together with an intention to improve their unusual living arrangements. It was built in the mid-19th century featuring a glass-encased staircase.

The then-couple had a combined wealth of  £80million.

Carter briefly dated English actor Rufus Sewell in the 1990s. She met actor Kenneth Branagh while performing Mary Shelley's Frankenstein in 1994. Branagh was still married to Emma Thompson. Branagh divorced his wife in 1995 while Carter and Branagh also called it quits in 1999.

She met American director Tim Burton while filming Planet of the Apes and fell for him. She performed in many movies of Burton including Charlie and the Chocolate Factory, Sweeney Todd: The Demon Barber of Fleet Street, Dark Shadows, and Big Fish.

They lived in adjoining houses in Belsize Park, London. Carter first purchased the house and Burton bought the other next to it. The couple purchased the Mill House in Sutton Courtenay in 2006.

The pair is blessed with two kids; a son Billy Raymond Burton born in October 2003 and a daughter Nell Burton born in December 2007. Carter faced a lot of complications and struggled with infertility. 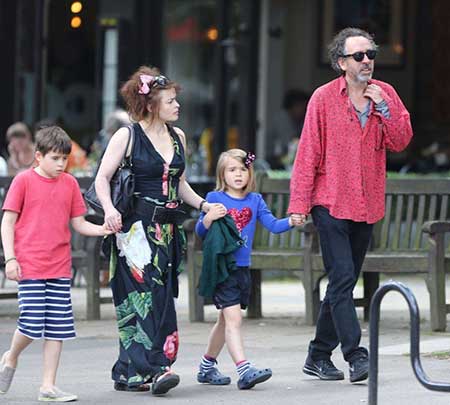 Burton and Bonham Carter declared their amicable separation on 23 December 2014. After splitting from her partner of 13 years, she was spotted with a mystery man in September 2016 as they stepped out in Hamstead. The actress put on a cozy display and the person wrapped his arm around his waist.

Burton who was previously in a relationship with Lena Gieseke and Lisa Marle in past moved on in his life after breaking up with former girlfriend and mother of two.

Besides her relationships and affairs, she faced a great family tragedy in August 2008. Four of her relatives were killed in a safari bus crash in South Africa. She received leave for an indefinite time period while filming Terminator Salvation during the time. Later, she returned and completed the movie.

He was born safe and sound. He currently resides with his and is happy to be with her.

She was born safe and is happy to be with her mom. She has got the beautiful eyes like her mother.