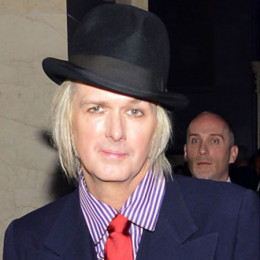 An American guitarist and producer, Michael Lockwood is best known for producing and performing with Lisa Marie Presley, Aimee Mann, and Fiona Apple. He graduated from Highland High School in Bakersfield in 1979. Michael Lockwood was the main guitarist for Lisa Marie's 'Storm & Grace' tour, that started on June 14, 2012. He joined the group "Lions & Ghosts" in 1985. He has worked with legendary singer Carly Simon. He formed a local Power pop band Wink with Michael Marquesen, Tony Babylon, & Brian Keats.

Michael Lockwood was born on 22 May 1961 in Hawthrone, California. He attended Highland High School.

Lockwood's net worth and salary is still under review. His assets include a guitar worth $4500 and $30,000 of other musical instruments and personal equipment.

Michael Lockwood is married to Lisa Marie Presley in a small ceremony in Kyoto, Japan, on January 2006 but the couple ended their marriage relationship in 2016.

The two are still ongoing divorce battle after their split. He admitted that he has $435 in his bank account and makes $20-25 per hour working part-time at two music stores in California.

Though he filed document to get $5,000 a year to buy gifts to their daughters and $18,000 for his vacations from his multimillionaire ex-wife, Presley won the case when a judge rules that she doesn't need to pay him a penny in late August 2018.

Michael Lockwood is married to Lisa Marie Presley in a small ceremony in Kyoto, Japan on January 2006 but the couple ended their marriage relationship in 2016