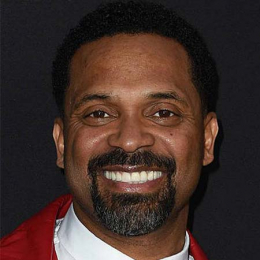 Mike Epps popularly Known as "Mike" is an American stand-up comedian, actor, film producer, writer, and rapper. He became popular for playing the role of Day-Day Jones in the movie Next Friday and its sequel, Friday After Next. Also, he played prominent roles in movies such as The Hangover, Resident Evil: Apocalypse and Resident Evil: Extinction.

Is Mike Epps Engaged? What is his Relationship Status?

The stand-up comedian, Mike Epps is engaged to girlfriend Kyra Robinson, a TV producer in May 2018 during a party with friends and family. Epps shared pictures of his engagement via Instagram.

The engagement with Robinson came after eight months of divorce finalization with his ex-wife actress Mechelle McCain. Epps and McCain married on July 28, 2016, and got the divorce on 7 September 2017.

The divorce settlement process was messy but at last, the couple agreed on Epps paying $25,000 per month as spousal support, until she remarries and $15,000 per month for child support.

Epps shares two daughters, Madie Epps, and Mariah Epps with McCain and decided for joint custody of them. Epps also has two more daughters, Bria Epps, and Makayla Epps from his past relationship with Yolanda Sharp.

Epps relationship with his daughters, especially, with the eldest Bria was not smooth before but now the relationship seems to be improved. Their relationship is certainly taking a positive turn as he attended Bria's college graduation ceremony. 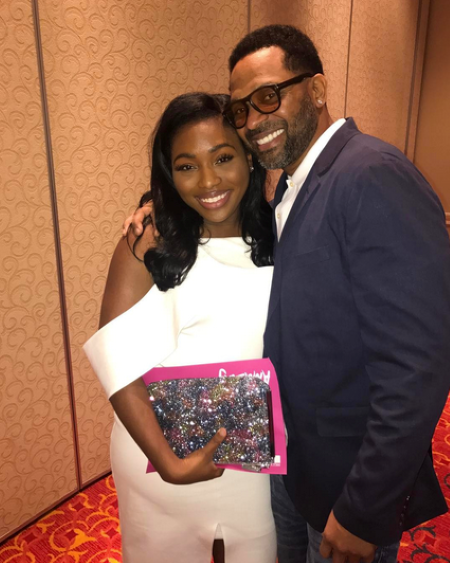 The bad relationship with his daughter was not only the controversy he is surrounded with. On June 1, 2014, Epps was arrested in Atlanta for purportedly assaulting fellow stand-up comedian LaVar Walker. He also received widespread criticism in 2017 for bringing a Kangaroo onto the stage during one of his shows to which he apologized later.

What is Mike Epps Net worth?

Mike Epps net worth is estimated to be around $6-$8 million which is a result of his three-decades-long work on the entertainment industry as stand up comedian, actor, film producer, writer, and rapper. He is part of major blockbusters including Next Friday and The Hangover that made the worldwide collection of $59,827,328 and an attractive $467.5 million respectively.

What's ya favorite Mike Epps movie? Classics you can remember what I said in the movies! pic.twitter.com/7LjFPvFFFX

Epps invested heavily in real estate and is reported to have ten properties in his town of Indianapolis. Also, he is the CEO of Naptown Records. Furthermore, he wrote a book Unsuccessful Thug: One Comedian’s Journey from Naptown to Tinseltown in 2018 which is available on Amazon for kindle edition of $10.50 and hardcover price of $14.84. The sales from the book are sure to contribute to his net worth.

Michael Elliot Epps was on born November 18, 1970, at Wishard Memorial Hospital in Indianapolis to mother Mary Reed and father Tommy Epps. He grew up in Indianapolis, Indiana, with his other seven siblings. 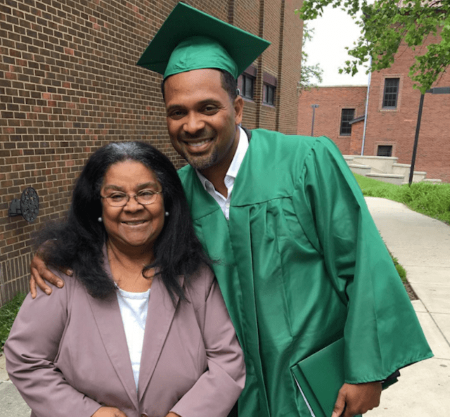 Actor Mike Epps with his mother on his graduation day
SOURCE: black doctor

When young, Epps dropped out of his school and sold drugs on the street as a result of which he spent two years in Marion County jail. However, Mike values education a lot and completed his high school from Arsenal Tech High School, Indianapolis, Indiana at age 45.

Epps started out by performing at the Comedy Act Theater, Atlanta, Georgia and later moved to Brooklyn and landed a breakthrough on Russell Simmons‘ HBO comedy series Def Comedy Jam.

Epps' first on-screen appearance was in 1997 on a movie, Strays. In 1999, Epps was then cast as Ice Cube's comedy movie, Next Friday which made him a household name. He became part of successful projects such as All about the Benjamins and Meet the Blacks.

Bria is the eldest daughter of Mike Epps and Yolanda Sharp. she is a college graduate and has a child of her own.

She is the second daughter of Mike Epps and Yolanda Sharp. she is stepsisters of Maddie and Mariah.

She is the first daughter of Mike Epps and Mechelle Epps.she is step sisters of Bria and Makayla.

She is the second daughter of Mike Epps and Mechelle Epps. she steps sisters of Bria and Makayla.