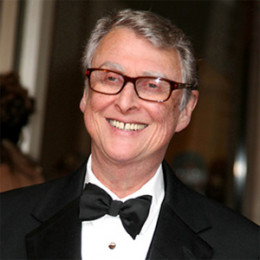 A German-American film and theater director, producer as well as actor and comedian, Mike Nichols was son of Brigitte(Mother) and Pavel Peschkowsky(Father), a physician. He began his career with Elaine May in a movie named Miss Julie. Nichols died of a heart attack .

Mike Nichols was first married to Patricia Scott .The couple were married in 1957 and they divorced in 1960.

His second marriage was with a former "muse" of the poet named Margot Callas.The couple married in 1963 and divorced in 1974.

Annabel Davis-Goff was Mikes' third wife.The couple married in 1975 and divorced in 1986.The couple has two children.

Mike Nichols was married to a writer as well as actress and former ABC World News anchor ,Diane Sawyer. The couple were married on 29th April 1988.

The couple has a daughter named Daisy Nichols, was born in 1964.

He has a daughter named Jenny Nichols , was born in 1977.