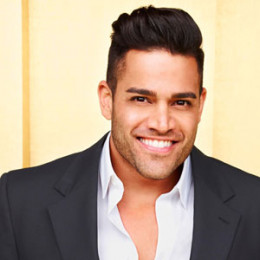 Mike Shouhed is a Real estate representative and co-star of the hit Bravo show Shahs of Sunset. The show is an American reality TV show about several Iranian-Americans living in what has been called Tehrangeles from time to time.

The co-star of the hit Bravo show Shahs of Sunset, Mike Shouhed was born on October 12, 1978, in Tehran, Iran. Regarding his ethnicity, Mike belongs to the mixed ethnical background and holds Iranian nationality.

Shouhed spent most of his childhood days in Tehran with his family. He moved to study at University of California, Los Angeles.

Following his graduation, Mike began working as a real estate agent in the commercial real estate market over in Las Vegas. Unfortunately, Mike faced some serious losses in his trade, with the result that he decided to come back home to Los Angeles.

After Mike returned to Los Angeles, he featured on the American reality show, called Shahs of Sunset, which debuted on March 11, 2012, and airs on Bravo.

Mike Shouhed was once married only to get divorced and is now he is single. He married Jessica Parido on March 29, 2015, at the Biltmore Hotel in Los Angeles. His former wife is an American reality star and social media guru. They moved to Ibiza for a honeymoon, Mykonos, and Paris.

The pair knew each other while they both were working for the same show. However, they divorced after four months of their marriage. But, the couple tied the knot again within eight months of their divorce.

They eventually became official ex-husband and wife on 9 June 2017, after two years of fighting in the court for settling their divorce. They don’t share any children between them.

As per our research, the main reason for their divorce was Mike’s affair with another woman, but it is not confirmed by Mike either by the woman.

Mike Shouhed earns a decent amount of money from her acting career, as his current net worth is believed to be $1 million. He has a natural black colored hair and brown colored eye.

The American reality star and social media guru, Jessica Parido is well known for her appearance on the Bravo series Shahs of Sunset.