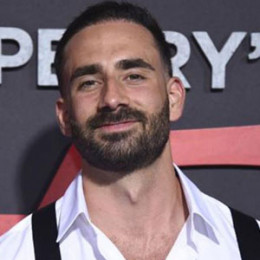 Actor and comedian Mike Tornabene is better known for his fictional character Dom Mazzetti created by Mike himself and his business partner Gian Hunjan. The duo creates various humorous contents to keep their audience entertained and managed to gather 2.2 million on their YouTube channel, BroScienceLife.

Mike Tornabene was born in May 1989 in the United States. As for his educational background, he attended North Hunterdon High School. 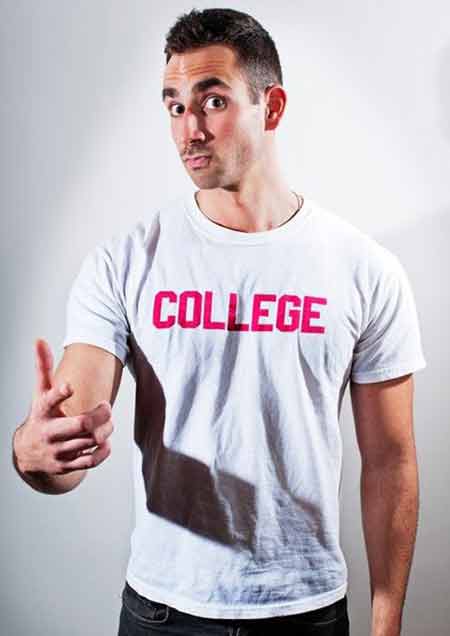 Furthermore, he enrolled at the New York University's Tisch School of Arts where he studied Film and Television.

Mike Tornabene is professionally an actor, comedian, producer and social media personality. He is better known for his character Dom Mazzetti created by Tornabene himself and his high school friend Gian Hunjan in 2010.

You May See: Kevin Hart

The character is a middle-aged, dumb, Italian cook. Mike uploads humorous fitness videos portraying Dom Mazzetti. He is seen criticizing the gym culture and the audience totally buys this humor. 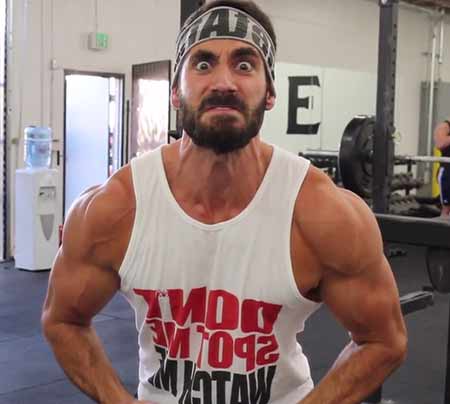 From their high school days, they worked together and performed comedy sketches together but separated later on as they enrolled in different colleges.

Furthermore, they rekindled their friendship and began working professionally as partners and uploaded various comedy videos on their social sites. They post their videos on their joint YouTube channel called BroScienceLife which maintain 2.2 million subscribers. As of now, their channel gathered more than 300 million views.

Mike Tornabene's Net Worth; How much does he earn? His Merchandise

Mike Tornabene's net worth is estimated to be $1 million according to some sources. His main source of earning is from his career as a comic artist. Similarly, he also earns some income from YouTube as well.

Happy thanksgiving. I’m thankful for all of you that support me and allow me to live a life filled with passion, adventure, and good old fashioned fun. From family and friends to total strangers, none of it is possible without you. Real human beings, that’s where it’s at.

Mike Tornabene's Personal Life; Who is his Girlfriend? His Interests and Tattoo

Mike Tornabene is not marred but currently is in a relationship with Leah Marie whom he began dating in 2013.

His girlfriend is a social marketing manager and a freelance graphic designer by profession.

The couple shares a lot of pictures of them together and seems like totally in love. However, neither of them talked about getting married so we may not hear the wedding bells anytime soon.

Beside Leah, he is not rumored to be dating anyone and his past affairs are not disclosed to the public.

Mike is into fitness from the age of 14 and started building his own techiniques. And we can say, his techniques worked pretty well for him.

Apart from his personal social media handles, the YouTuber runs two other Instagram channels namely GNARPM which features cars and Brosversus in which he shares workout related posts.

Here's a recap of the weekend and a note to self: stay alive. Had an incredible time in Austin for Bryce's first race of the season. Seeing @brycemiller34 behind the wheel of that race car gave me chills every time. Thank you to everyone for the support, you all helped a good man's dream literally come true.

Mike likes tattoos and has one in his left arm. The tattoo is of a wolf and written, Don't Die.