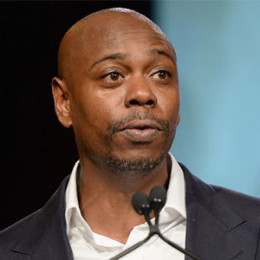 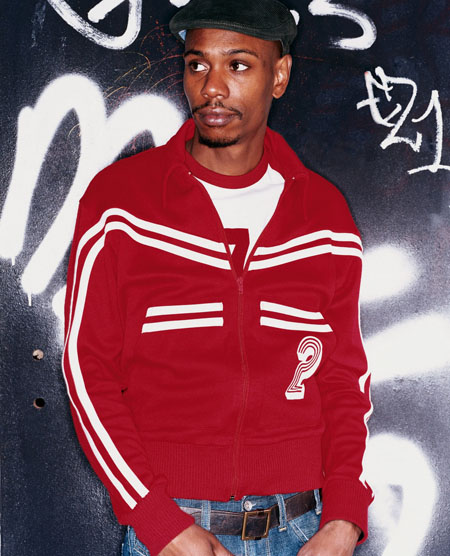 As for his education, Chappelle attended Woodlin Elementary School in Silver Spring, Maryland. Being interested in Comedy and theatre arts, Chappelle graduated from Washington's Duke Ellington School of Arts, where he studied theatre arts.

Since Chappelle was interested in theatre arts and comedy from an early age. After graduation, he moved to New York, where he debuted as a standup comedian at the Apollo theater.

He didn't receive much support from the audience at that time but he didn't give up and later became one of America's best standup comedians.

Moreover, Chappelle started to get many offers to play in the movies. In 1995, he appeared in the American sitcom,'Home Improvement' alongside Jim Breuer.

He received the 'America's highest comedy honor' from Mark Twain Prize for American Humor by the Kennedy Center in 2019.

Likewise, in 2003 he starred in a comedy T.V. series titled 'Chappelle's Show' aired on Comedy Central. The show lasted for 3 years (2003-2006), winning many hearts and earning lots of success.

The total net worth of Chappelle is estimated to be around $42 million, which makes him one of the richest American comedian.

In 2016, Dave signed a deal with Netflix, agreeing to deliver three standup special to the streamers. He was paid $60 million for the project which was one of the largest deals paid to a comedian.

Chappelle married his girlfriend, Elaine Mendoza Erfe in 2001 after dating for a long time. The information about these two datings hasn't been disclosed yet. 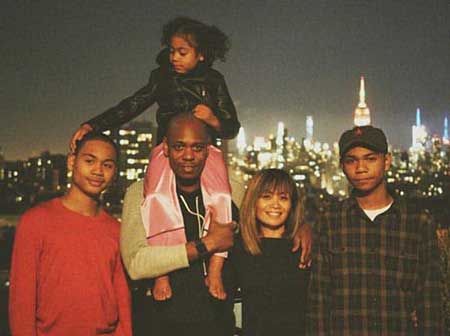 Dave Chappelle with his wife and children.

Chappelle converted his religion into Muslim, before his marriage. Even though the couple is supportive of each other decisions, Elaine continues to follows Christianity. The couple lives a happy life with their three adorable children.

There isn't any information about Chappelle's past relationship on the internet which leads us to believe that the comedian is very private about his personal life.

Sonal Chappelle is the only daughter of comedian Dave Chappelle and Elaine Chappelle.

Ibrahim Chappelle is the second son of comedian Dave Chappelle and Elaine Chappelle.