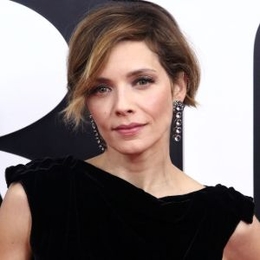 Award of the Israeli Film Academy winner Mili Avital is an Israeli-American actress. Besides, she is also a director and writer. Avital gained fame after she portrayed the role of Sha'uri in the 1994 movie Stargate. For her portrayal, she won Universe Reader's Choice Award.

Has Two Children From Her Marital Relationship 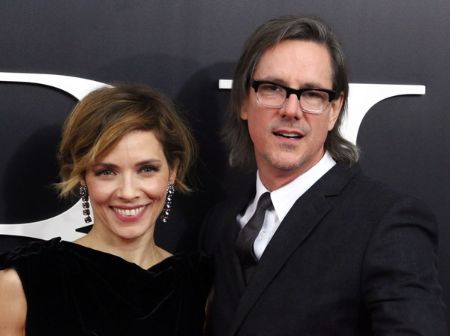 Avital met Charles a few days after her 30th birthday in 2001. Fortunately, the two got a chance to meet again when one of her friends invited her to a dinner party at Charles' house.

It was after the 9/11 attack. There they had their first conversation, and the actress revealed that it was love at first sight.

Ever since then, their romance began; however, they faced several obstacles. Avital revealed that initially, she thought Randolph as a gay.

The actress likewise mentioned that she wanted her spouse to be a Jew. Hence, Charles even tried to convert to Judaism, but he failed to do so. 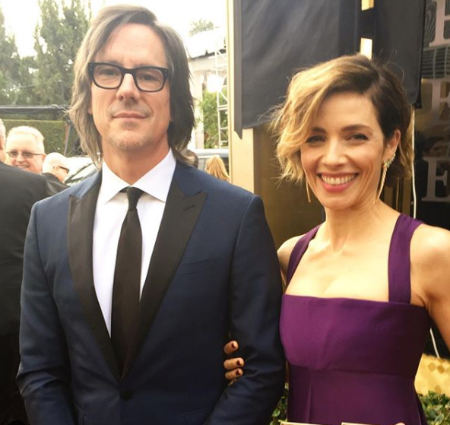 Nevertheless, the duo successfully handled the barriers and moved on. Finally, Mili and her beloved boyfriend exchanged the vows on 4th July 2004.

While planning for their wedding, they even had couples therapy. The pair walked down the aisle in Jerusalem, and a Conservative Judaism ceremony was also held.

From their conjugal relationship, the husband and wife are blessed with two adorable kids. They welcomed their first child, son Benjamin Randolph in 2007. Likewise, a few years later, Mili gave birth to their second kid, daughter Fanny Randolph. They named their daughter after Avital's Moroccan grandmother. 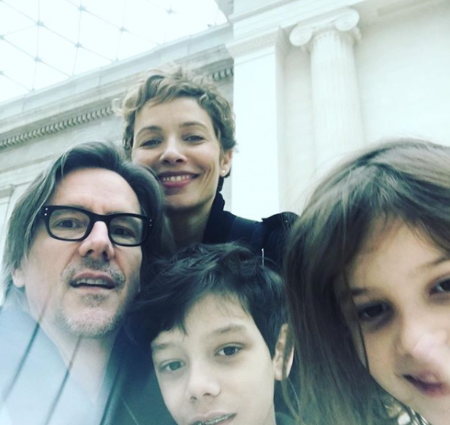 Currently, the family of four is living happily without facing any unwanted rumors and controversies. Both Avital and Charles manages time to spend with their children.

The 47 years old beautiful actress Mili Avital was in a relationship with her friend, an actor David Schwimmer. The couple first met on the set of Kissing a Fool in 1997, where both of them had a lead role.

Initially, they were just friends; however, their friendship later turned into a boyfriend and girlfriend. David proposed Avital in March 2001, and they began dating. Besides, the couple was even reported to be engaged but they never officially confirmed it. 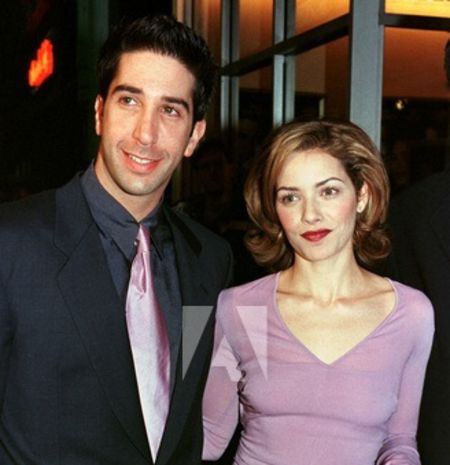 Unfortunately, their relationship did not last long as the couple parted their ways within eight months in November 2001. The reason behind their breakup was due to irresponsible differences. On the other hand, David once said that he and Mili separated because of his workaholic nature. He said;

"I was committed to Mili for four years. I think, if anything, I’m a workaholic and that was the problem. was not able to find a healthy balance between my work life and my personal life. It’s a flaw in my character and I can’t seem to find the balance yet."

After the heartbreak, Schwimmer once said in an interview that he would never have the courage to fall in love again because he was often haunted by the failed romance with his first lover. 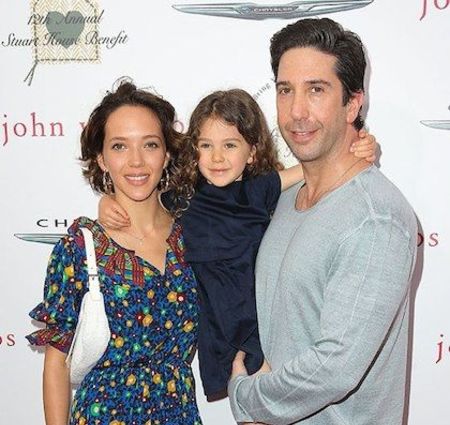 But later, on 3rd June 2010, David tied the knot with his spouse Zoe Buckman. His wife is a British artist. Further, the couple has a child, a daughter Cleo Buckman Schwimmer from their relationship.

Sadly, after seven years of their marriage, on 4th April 2017, David announced that he and his partner are taking a break for some time from their marriage. However, after two years in September 2019, Schwimmer and his wife Zoe were spotted together in New York City, heading towards a coffee shop.

As a teenager, the actress, Mili Avital, faced sexual abuse; however, she kept it a secret for long. There is a saying that truth can never be hidden. In the same way, Avital also couldn't hide the tragic incident of her life for long and revealed in 2018.

On 11th October 2018, Avital revealed the incident in an article of an Israeli newspaper Haaretz. She unveiled the details about how she was raped and the reason for hiding it from the public.

The actress was raped when she was living in Israel. According to her, she was raped by someone she knew, but she never disclosed the name of the culprit. After the incident took place, Avital wasn't comfortable to share about it with anyone, so she did not make a complaint. Further, she was busy surviving and healing.

Mili went through depression and further faced trauma. She even tried to kill herself with a knife. Nevertheless, the hotline volunteer helped her to heal and move. The volunteer invited Mili to her home and convinced to forget about the incident.

Mili Avital makes a fruitful income from her thriving career in the entertainment industry. Avital is not only an actress, but she is also a director and writer. Her 1994 film Stargate earned a total of $196.6 million on the box office worldwide, whereas its production budget was $55 million.

As an actress, Mili probably receives an average annual salary of around $56,582. Earning a hefty amount of money from her multiple professions, Avital holds an overall net worth of $1.5 million as of 2019.

Some Facts about Mili Avital

An actress Mili Avital is in a marital relationship with her boyfriend-turned husband Charles Randolph, an actor since 2004.

Benjamin Randolph is the first child, son of an actress Mili Avital and her husband Charles Randolph.

Fanny Randolph is the second child, daughter of an actress Mili Avital and her spouse Charles Randolph.