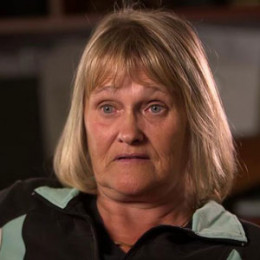 Minnie Beets is the popular reality TV star who came to limelight after she featured on Discovery Channel show, Gold Rush along with her husband, Tony Beets, who is considered as a mining legend. Her entire family came together on Discovery Channel in a top-grossing show which deals with gold.

Minnie Beets was born in 1960, Burgwerd, Friesland, and belongs to Frisian-Canadian ethnicity. Her parents owned a bakery shop. She grew up along with four siblings.

After a couple of months, her husband changed his mind and moved to Whitehorse and began working in a gold mining job. He settled with employment in a Yukon gold mine and never looked back since.

In 2010, she along with her husband debuted in season 2 for the Gold Rush in the Discovery Channel. The drama and tension between the different personalities in the series made it one of the most viewed series.

Minnie is the only one that her husband, Tonny can't say no to. She is usually arguing with him over his investing in the unnecessary dredge.

Talking about Minnie’s net worth, she along with her husband, Tony has an estimated net worth of $5 million which they earned from the business in gold and conducting the Gold Rush reality show.

The couple lives in their house in Maricopa, Arizona. In the house, they have one custom garage which is specially made for their red Mercedes convertible. The price of the car in the current market is around $145,000.

Minnie works in the Gold Rush show. The average salary of the crew in the show ranges from $2m to $100k.

Minnie married Tony Beets, a reality television star for Discovery Channel show, Gold Rush, in 1984. The couple knew each other when she was 6 and Tony was 7 when Tony’s family moved to the farm next door to her. Soon when they reached their 20s, they started dating.

The couple married when she was 23, and he was 24. After marriage, the husband and wife left the Netherlands and moved to Canada. The pair has been in a married relationship for many years. 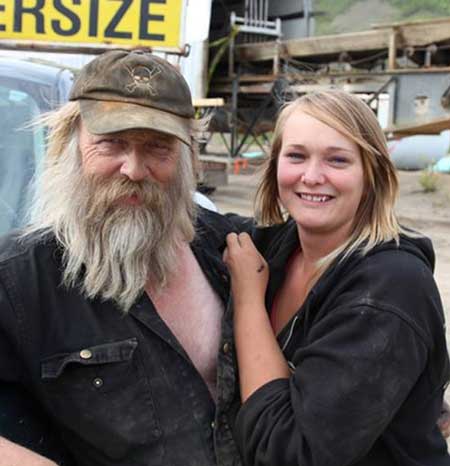 The husband and wife have five children: Bianca Beets, Kelvin Beets, Michale Beets, Monica Beets, and Jasmine Beets. Unfortunately, her younger daughter, Jasmine, born in 1992 died within two and a half months. She died because she had an extra chromosome which ultimately took her life.

But life wasn't always easy for their children as the couple treated them just like hired help in the farm and ranch. Even though their parents were making pretty well for themselves, there were no special privileges given to them.

The four kids started working at an early age and used to get paid on a daily basis. Their daughter, Monica, purchased her first car at the tender age of 15. Kevin, on the other hand, paid his own tuition fees and Mike is the owner of a house.

The couple, whenever they are free, spends time in Maricopa, Arizona. Minnie is quite supportive of him but whenever necessary.

It's pretty sure that the family life of the married couple is going on a smooth pace.

Minnie Beets is married to Tony Beets, a reality television star for Discovery Channel show, Gold Rush. He is a legend in the Klondike for his gold finding skills.

Monika is the elder daughter of Minnie Beets and Tony Beets.

Mike Beets is the second child of Minnie Beets and Tony Beets.

Bianca Beet is the third child of Minnie Beets and Tony Beets.

Kelvin Beets is the fourth child of Minnie Beets and Tony Beets.

Jasmine Beets was the last child of Minnie Beets and Tony Beets. She died within two and half month of her birth.