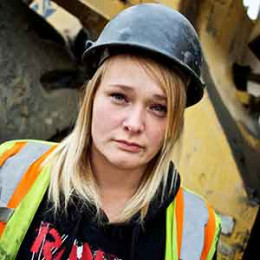 Canadian reality star and miner, Monica Beets is best known as the cast member of Discovery series, Gold Rush. She joined the show in its 5th season. At the age of 18, she became the supervisor of her father's mining operation. As of 2019, Beets has 51.9k+ followers on Instagram. She is happily married to his longtime boyfriend, Taylor Mayes at an intimate ceremony.

Monica Beets was born on November 7, 1993, in Canada. Her birth sign is Scorpio which defines her personality as magnetism, passionate, loyal and protective who are secretive in their ways.

She is the daughter of Tamarack Mine owner, Tony Beets and Minnie Beets. She has four siblings, Bianca Beets, Kelvin Beets, Michale Beets, and Jasmine Beets but her youngest sister, Jasmine died after two months of born.

Monica Beets has a keen interest in mining from her early days as she is highly inspired by his father profession. At the age of 12, her father set her in front of a front-end loader and told her to "figure it out" which was the stepping stone to her mining career. By the age of 16, she started working full time in her father's mining operation. 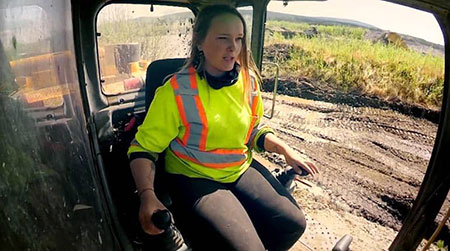 Beets rose to fame after starring in the Discovery series Gold Rush in the 5th season in 2014. The series follows the placer gold mining efforts of various family-run mining companies. The show first aired on TV on December 3, 2010. She has also shown interest to become a primary care paramedic.

Monica Beets has an estimated net worth of $1 million. She earned a good sum from her mining career, the average salary of Graduate Mine Geologist is $140k.

Monica Beets is a married woman, she exchanged vows with Taylor Mayes on August 11, 2018, in Dawson City, Yukon.

Their wedding was a small yet lavishing ceremony attended by their closed ones and family members. She wore a full-length armless and backless wedding gown with a long lace train and Mayes choose to wear a black suit with a rose gold pink tie. 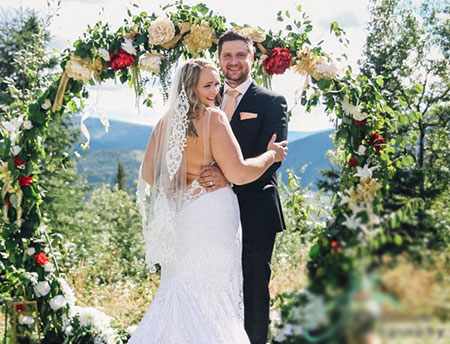 Monica Beets and Taylor Mayes at their wedding.
Source: Starcasm

Beets have a dog named Doyle who stole all the show of their wedding. She is quite popular on Instagram where she has more than 40.8k+ followers and over 36.5K+ followers on Twitter.

Check out the video of Monica Beets:

Here's an Instagram image of Beets posing with her father:

She admires her parents a lot. They have been living together as husband and wife for many years.

My parents a couple of years ago. #truelove #toocute #relationshipgoals

Not only in personal life but they have been dedicated in their professional life as well.

Monica Beets is a married woman, she exchanged a vow with Taylor Mayes on August 11, 2018, in Dawson City, Yukon.