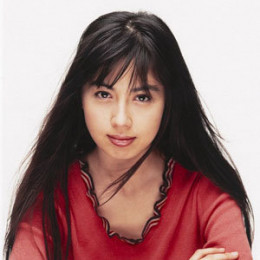 A Japanese Martial Arts Instructor as well as actress and writer, Miyako Fujitani is currently single. She previously married to an actor, producer as well as martial artist and writer Steven Seagal.The couple married in December 1974 and divorced in 1987. She is popular because of her husband as well as children. She is an ex-daughter in a law of Samuel Seagal, a high school math teacher. Miyako is a daughter of Steven Seagal and Miyako Fujitani.

Miyako Fujitani was born on February 3, 1952, in Osaka, Osaka, Japan. She belongs to the Asian ethnicity and holds Japanese nationality. She is an actress but mostly people recognized her as the ex-wife of an actor and martial artist Steven Seagal.

Miyako is a renowned Japanese actress and she has worked on several movies. Despite that, she is equally active in a martial art, she has been practicing the art of Aikido for 45 years.

Currently, she is a pioneer female Aikido instructor in Japan which she co-founded in 1976.

On the other hand, her former husband is known as the multi-talented personality as he involved in acting, producing, screenwriting, directing, martial art and musicians too.

Fujitani is possibly single at the moment but she was previously married to Steven Seagal. The duo exchanged a vow oh December 1974 but due to some personal issue, the couple had divorced in 1987.

The Japanese actress shared two children with her ex-partner; a son, Kentaro Seagal (born on October 3, 1975) and a daughter Ayako Fujitani (born on December 7, 1979).

Her son is an actor who is known for his work on Seamless: Kidz Rule (1999) and Pî-Pî Kyodai (2001). Moreover, her daughter is an actress, as well as her, write and direct the movies.

Fujitani earns a good amount of money from her career. Even though there is no concrete figure about her net worth, it is certain that she has accumulated a net worth of millions.

She previously married to an actor ,producer as well as martial artist and writer Steven Seagal. The couple married in December 1974 and divorced in 1987.

Her second child actress, writer, and director Ayako Fujitani was born on December 7, 1979.