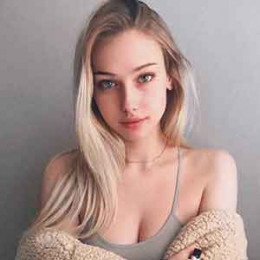 The aspiring singer and model, Molly O'Malia is immensely popular on Instagram where she has more than 522k+ followers. She came to media attention after involving in a controversy between her and rapper Tyga. She was just 14 during the incident and one of the magazines accused Molly of flirting with Tyga which she later clarified by a press conference in January 2016.

Molly O'Malia was born on May 22, 2001, in Wilmington, Delaware to Anne Lowry O'Malia. Her birth sign is Gemini which defines her personality as the affectionate, curious, gentle whose mind is constantly racing with thoughts and ideas. She has a sister, Christina O' Malia who is a survivor of a severe brain injury. 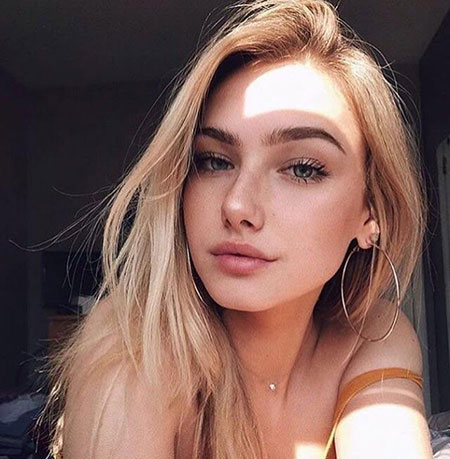 Her parents divorced in 2011 because of her father abusive behavior. She attended the local school in Delaware. She first gained public attention as the Instagram model where she has more than 471k+ followers. She supports the fundraiser program for The Leukemia & Lymphoma Society via her Instagram.

In 2015, O'Malia uploaded a cover song of Riptide by Vance Joy which opened doors for her singing career. She also formed a group named Dream Team along with Rendall Coleby, social media star.

Molly O'Malia is a popular Instagram model and an aspiring singer. She earned $5k-$10k per post from Instagram. Besides that, she collected a good sum of the amount from her stage shows and performances. Considering her career growth, she has an estimated net worth of six digit figure.

Molly O'Malia is possibly single at the moment but previously she was rumored to be dating a Grammy Award-winning rapper Micheal Ray Stevenson aka Tyga who is also known as the former partner of Kylie Jenner. In December 2015, OK! The magazine published a report that Molly was flirting with Tyga. Later, she organized a press conference in January 2016 and clarified the magazine was completely wrong, she first contacted by Tyga on Instagram and he was the one who tried to contact Molly.

O'Malia accused the magazine of invading her privacy without her concern. Tyga's manager also confirmed it was Tyga who tried to reach out to Molly but for business purpose. The incident made her controversy's favorite child. Later, she was again trolled for lying about her age to get closed to rapper Bobo Norco.

Check out the video of Molly O'Malia where she confronts Tyga!