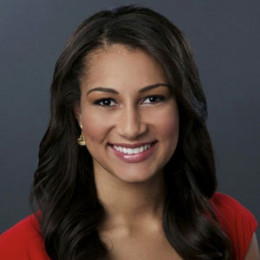 Morgan Radford is an American T.V news reporter and a journalist who was employed by NBC News as a New York-based correspondent. She is well known for her work with AI Jazeera America, Radford on NBC News. Radford is presently working on NBC News. During the network's coverage of the World Cup in 2010, she also worked behind the scenes for ESPN.

Morgan Radford was born in Greensboro, North Carolina, United States, on November 18, 1987. She holds mixed ethnicity that is Cuban-African, and regarding her nationality, she is an American. Morgan graduated from Grimsley High School.

After graduating, Radford moved to Harvard University in May 2009, earning Bachelor's degree in Social Studies and Foreign Language Citations in French and Spanish. After that, she studied at the Columbia University 2011 to 2012 and received her master degree in Broadcast Journalism.

Radford was named a fellow of Edith Pulitzer and Joseph Pulitzer. In the year 2010, she was English tutor at the University of KwaZulu-Natal in Durban, South Africa and received a Fulbright Scholarship from there.

Morgan Radford began her journalism career working with CNN as an intern. She gained experience working as the production assistant for ESPN and then joined ABC as a fellow, where she eventually hosted the ABC News Now. In 2013, she joined AI Jazeera America where she worked as an anchor for the former weekend morning newscast.

Furthermore, she also featured in many TV shows including TODAY Show, and NBC Nightly News. She also served as a news reporter on MSNBC along with Sheinelle Jones and Hallie Jackson. After that, she moved to NBC News in September 2015 and worked alongside Kristen Welker.

Morgan Radford is yet to be married. She has done a marvelous job keeping her professional and love life separate. Morgan has shown great dedication and devotion towards her work and covered both national and international major stories including the Washington Navy Yard shooting, Presidential election, the U.S. Cuban relations, and the Boston Marathon bombing.

She has made the public guessing about her relationship status. Her love affairs, dating, boyfriend, and relationship are yet to be revealed. Morgan is active on several famous social networking sites like Twitter, Instagram, and Facebook as well.

Morgan Radford is an avid lover of animal and has a dog.

Morgan Radford may earn a salary in five digits. Her net worth is possibly in seven figures.