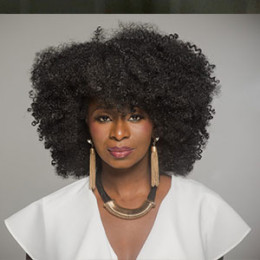 African born American Hairstylist and TV personality Mushiya Tshikuka is best known for her appearances on the WETV reality series Cutting It in The ATL. Moreover, she served as the creative director of the Atlanta hair salon, The Damn Salon.

Mushiya Tshikuka was born on April 28, 1981, in Kinshasa, the Congo Republic under the birth sign of Taurus. Later, she moved to the USA with her family.

She attended Riverdale High School in Georgis. She completed her graduation from Concordia University in Psychology.

Mushiya Tshikuka started her career as an independent hair stylist but she came to prominence after featuring in the WETV reality series Cutting It in The ATL in 2015. After competing for more than 3 months, she won the show. 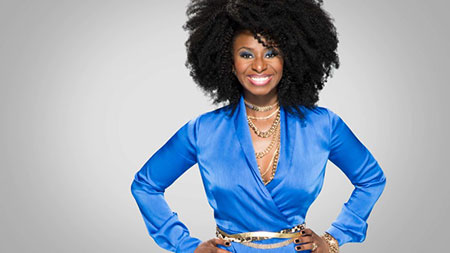 Tshikuka started The Damn Salon in her kitchen with a chair, a comb and a goal: City Twists in Atlanta. Soon, her salon reached to every woman who loves curly hair and gained wide popularity.

As of now, the salon has its branch in Charlotte.

The TV personality also served as the founder and creative director for her own hair line “Runway Curls". The hair-line offers a variety of textures to their customers so, they can embrace their naturally textured hair.

Mushiya Tshikuka is one of the successful female African-American Hairstylist and entrepreneur. In the USA, the average salary of professional Hairstylist is nearly $50k. She owns two Salon at Atlanta and Charlotte from where she generates a lot of dollars.

In addition to this, she also sells a doll which goes by the name, My Natural Doll, in the market for $145.

She brought a house in Atlanta which market value is in millions. If we take into consideration all of her aforementioned earnings including the prize money from the show Cutting It in The ATL, her net worth is somewhere around the $1.5 million ballpark.

Mushiya Tshikuka is happily married to her longtime boyfriend, Lou Smith. The duo tied the knot in an intimate ceremony in the presence of their closed ones.

The duo shares two daughters, Keleshe Smith, and Kasai Smith. Tshikuka also has a son named Sankai from her previous relationship but due to some personal reason, she prefers to keep her son's father name confidential.

My small, medium and my large. My large always runs from me when I try to take pictures, so when he doesn’t run.... I don’t know what to do with myself. He said, “Mommy take a picture of me”... I almost flew over the dining table and through the restaurant fence with my whole body. Shit. I just realized Lou @illfanatik is my extra large. #familyfirst

In December 2016, the hairstylist designed black dolls with lifelike kinky curls to empower her daughters to embrace their natural hair. She said, her daughters often like to see themselves in their dolls but she can't find one of them and decided to create My Natural Doll.

Happy Sunday! As I was here just laying in my bed, the girls were playing on my bedroom floor. Whatever they were doing, was making them just burst in like adult like laughter. The sound of them just exploding in laughter and enjoying each other's friendship was the most beautifulest sound to wake up to. I just smiled the whole time in my sleep. I love these girls! Thank you God for them. Oh, in this picture Keleshe was completely over the shoot... #familyfirst #mynaturaldoll #keleshe #sisterlove Doll @mynaturaldoll

The Hairstylist named the doll with one of her daughter name Keleshe and dressed her in splashy, African-inspired prints.

She is passionate about singing and released her first debut album in July 2015.

Check out the video of Mushiya Tshikuka talking about her curly hair!

Lou Smith is best known as the husband of Mushiya Tshikuka. The duo tied the knot at an intimate ceremony.

Keleshe Smith is best known as the daughter of Lou Smith and Mushiya Tshikuka. She has two siblings.

Kansai Smith is best known as the daughter of Lou Smith and Mushiya Tshikuka. She has two siblings.