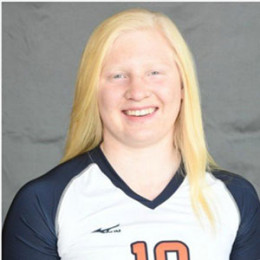 Mya Lynn Lesnar is currently single. She is the daughter of Brock Lesnar and Nicole. Her father is a famous American Wrestler as well as mixed martial artist and football player. Her father broke off his engagement with her mother Nicole, with whom he had a daughter named Mya Lynn in 2002, in order to start a relationship with fellow wrestler Rena Sable Mero, whom he married in May 2006. He won the 2010 UFC Heavyweight Championship. He also acts in videos such as “WWE SmackDown! Shut Your Mouth”, “UFC 2009 Undisputed.

Mya Lynn Lesnar was born on 10 April 2002 in the United States. Her father Brock Lesnar is an American professional wrestler and mixed martial artist. Her mother Nicole McClain is a fitness model.

She has a twin brother named Luke Lesnar born in 2002. She has two half-brothers Turk Lesnar and Duke Lesnar. She is an avid fan of the volleyball game.

Mya's father Brock and mother McClain were previously engaged. They broke their engagement due to some personal issues and Brock started dating Rena Greek aka Sable. Sable and Brock got married on 6 May 2006.

Brock previously stated that his dislike for the media and tends to avoid questions related to his personal life and so is his daughter. She's most probably single as she's not revealed anything about her private life and boyfriend. 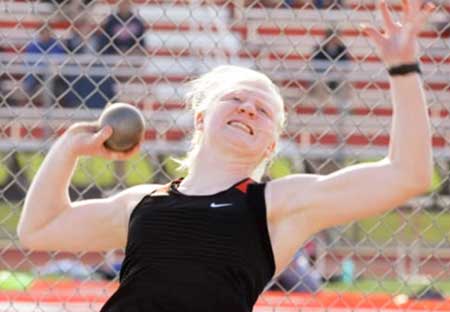 She has a good relationship with her father. Her mother McClain who has written for Deer & Deer Hunting Magazine is also close to her.

Her father and stepmother Sable were spotted attending Mya Lynn's volleyball game back in 2017.

Details about May Lynn's net worth has not been revealed yet but it's clear that her father has an attractive net worth.

He has an estimated net worth of about $22 million. He earned $6.5 million fighting in the UFC and about $5.5 million in the WWE.