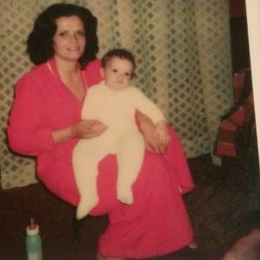 Naomi Kay Flaming is known for being the mother of renowned human rights activist Shaun King. Naomi was once a married woman who exchanged the vows with the Kentucky native boyfriend, Jeffrey Wayne. But, Naomi parted ways from her husband because of his criminal charges, including motoring and drug offenses. 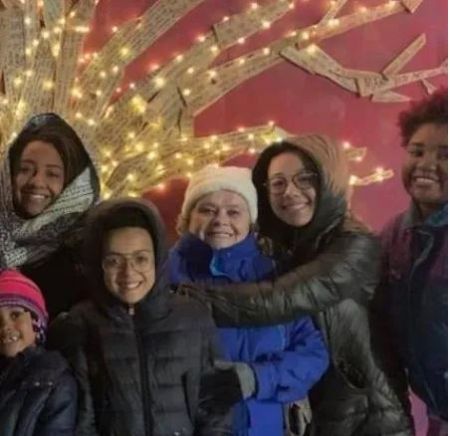 Well, Naomi is blessed with three grown-up children-Shaune King, William King, and Russ King. William King was born on February 25, 1974, Shaun King on September 17, 1979, but there are very few details about her youngest child, Russ King.

Surprisingly, all of her children are born with different partners. As of now, William and Shaun are both adults and started their own families. Naomi is also a grandmother now. Unfortunately, her elder son Willaim King died in 2018 at the age of 44.

Once, Naomi told in public that her son Shaun is biracial, which took a toll on him and sparked controversy. Shaun came ahead to the public by writing an op-ed for the Daily Kos about his mother, ethnicity, and Jefferey Wayne King, who is termed Shaun's father, on his birth certificate. 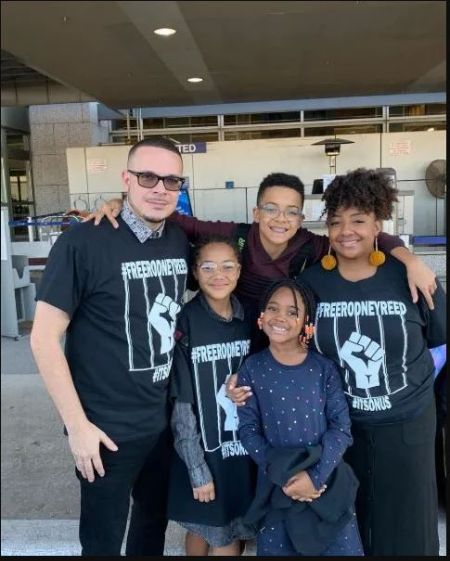 Shaun King with his wife and children. SOURCE: Instagram(shauking)

Additionally, Shaune also said he wasn't even sure about the number of siblings he has and how many partners Naomi had in the past. Due to his ethnicity, Shaun faced many bullies and was racially abused during his high school years.

On the other hand, a conservative website, Breitbart's report authored by Milo Yiannopoulos, suggests that King has repeatedly lied about his race, illicitly obtained a scholarship funded by Oprah Winfrey for black men attending university.

King was also accused of dishonesty about his past and exaggerating the details of his fight during high school, and having a spinal injury. But, Shaun's wife came to defend his comments via Facebook.

In addition, Shaun and his wife Rai King are parents of four children and according to the media personality, the couple's daughter Kendi got into a car accident and almost experienced a near-death experience. The incident took place in Manhattan in December 2021. But, a month later, the brave girl had recovered from her injuries along with her scars which were healing. As per her hopeful father, Kendi won't have a traumatic brain injury for the long term.

Activism of Shaun King on BLM

Shaun King came to the spotlight after writing for the Black Lives Matter also contributed to an article regarding the Brown crime scene. Then in August 2015, King opened Justice Together, an organization to identify police brutality.

Likewise, in 2018, King founded Real Justice PAC, a political action committee to help elect prosecutors who support criminal justice reform. Naomi's son also claimed the state of Jesus Christ should be destroyed as it shows white supremacy, which created a lot of buzz in the media.

How Rich is Naomi Kay Flaming?

Naomi Kay Flaming isn't as popular as her middle son Shaun King. Naomi didn't have an easy life whatsoever. Naomi as an employee used to work in Light Bulb Factory and went through hardships. Somehow, she was able to raise Shaun King and his brothers as a dotting single mother.

Watch the video of Shaune King speaking about justice.

Currently, Naomi Kay Flaming owns a house in Kentucky which she had put up for sale back in 2019. Back then, Naomi wanted to sell her house and move to Atlanta to stay with her sons. Her individual net worth is estimated at $200,000.

Speaking of her middle son, Shaun King, who is a popular activist, was a high school teacher for a year. Shaun also worked for the juvenile justice system as a motivational speaker. Shaun is a writer-in-residence at Harvard Law School's Fair Punishment Project and contributes to The Intercept, and has summoned $3 million net worth.

Naomi Kay Fleming is a single mother. Previously, she was married to Jeffrey Wayne, for whom she got a divorce.

William King is the elder son of Naomi Kay Fleming, born in 1974. and Russ King.

Shaun King is the middle son of Naomi Kay Fleming, born on September 17, 1979.

Russ King is the youngest son of Naomi Kay Fleming.