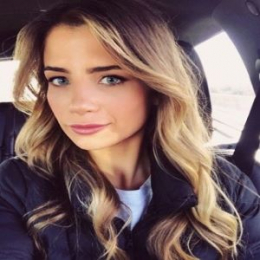 Naomie Olindo is a reality TV star who appears on the American reality show 'Southern Charm' in Bravo TV.  She is originally from France but now is settled in America. She is also an entrepreneur and owns a clothing line.

Is Naomie Olindo Dating? Know about her Boyfriend, Relationship Status, and Personal Life

The Southern Charm star, Naomie Olindo is currently dating Dr. Metul Shah who is an anesthesiologist. The couple tries to spend as much time as possible with each other and regularly go on trips. Also, the couple is not afraid to show their romance to the world and regular posts their pictures on social media. 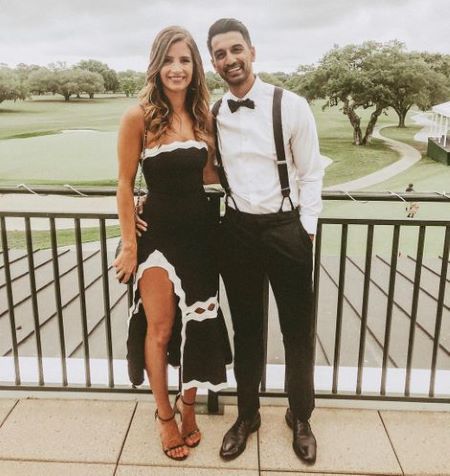 Naomie moreover talked about her relationship with Metul in an interview and said that the relationship is so normal, stable and nice and there is no hurry to take big steps. She added:

“I don’t think [we’ll be engaged] anytime soon. He’s still in his residency, and he still has things he wants to accomplish. I’m in no rush. I just know I want to be with him.”

Before this relationship, Naomie was dating her Southern Charm co-star Craig Conover. The couple dated for three years before splitting because of incompatibility with each other.

After the breakup, Craig went through some hard times and struggled with mental health, however, he recovered after taking some time off. He later returned to the show and even met with Naomie's current boyfriend Metul and gave the impression that he is over Naomie.

But the status quo changed when Naomi said she won't go on a group trip to Colorado if Craig also attends. When he heard about that he began to drink whiskey directly from the bottle and said:

We can't be around each other because we never f***ing closed anything, That's why we can't be a foot away from each other without her f***ing darting out the door. It's easier for her to act like it never happened.

Craig also confessed that he loves her and hate her at the same time and fears that she might have ''cost herself one of the best things that ever happened to her for no reason.'' His whole meltdown can be seen in the episode that was aired on Wednesday, 3rd July 2019.

Naomie Olindo's net worth is $50,000. The primary source of her income is her reality show Southern Charm which is in its sixth season right now. She started as a recurring guest in season three and in season six, where she was cast as a lead.

Olindo, in addition, owns a clothing business named  L’Abeye with her friend and business partner, Ginny Cox. The label consists of clothes and accessories which range from $30- $250. This entrepreneurship spirit on her comes from her family, as her parents own restaurants in Charleston, USA, and France.

This, folks, is what I like to call a face only a mother could love #ham #turkey