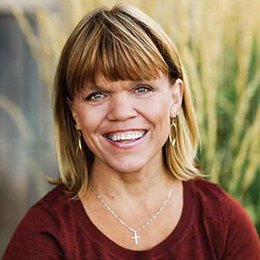 Reality star Amy Roloff is best known as the matriarch of the Roloff family who starred on the TLC reality program Little People, Big World from 2006 to 2015. She is an entrepreneur and business personality who runs her own online store.

Who Is Amy Roloff Dating After She Divorced Her Husband? Know more about Her Boyfriend, Married Life, and Children

Amy Roloff is a longterm relationship with her boyfriend of three years, Chris Marek. She started dating Chris back in the year 2016 and henceforth are inseparable.

A fantastic first motorcycle ride last Saturday landed us at spectacular Silver Falls State Park. I love riding with this man! . Im amazed how much I do love to ride. First I love being with Chris. It also reminds me so much of my oldest sister Cyndi, she passed away from an illness 4 years ago, who loved to ride. Maybe it’s because we get to ride on some of the less traveled backroads, see farm fields, the beautiful countryside, pass through smaller local towns, eat at local restaurants, the awesome wide open views all around me and most of all, did I say it already I love being and riding with Chris and can’t wait to go on the next one. . I’m very thankful I get to enjoy some of life little moments. What are some of your ‘Life Little Moments’ you enjoy doing? #travelswithamyandchris #amyroloffssecondact #openroad #theride #lifelittlemoments

Whats' more, the two love birds may get married soon as she happily gushed in an interview that she would love to tie the knot with Chris stating;

“I would definitely love to get married one day, but it’s not something that I’m intentionally pursuing. If I say yes, then that means my whole heart, everything is into it ... I do think [marriage] is forever,”

Amy previously was married to an American author, motivational speaker, actor, and business entrepreneur, Matthew Roloff. They were together for more than two decades.

Well,they first met at a Little People of America convention back in the year 1987. Furthermore, the couple tied the knot on September 12, 1987, following their engagement. 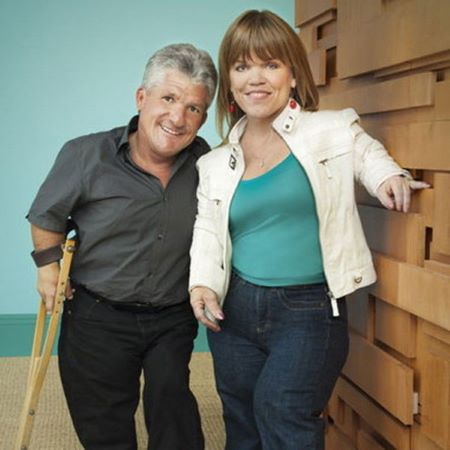 They moreover are the proud parents of their four children: fraternal twins Jeremy Roloff, 29, Zachary Roloff, 29, Molly Roloff, 25 and Jacob Roloff, 22. Even though three of their children are of average height, Zachary was born with achondroplasia like his mother.

The pair were living happily until Amy found out Matt's affair with farm manager Caryn Chandler which ultimately led to their divorce in April 2016. Moreover, Amy even mentioned about her husband cheating scandal in her book, A Little Me. It mentioned that Matt was involved with Chandler while the Little People, Big World stars were still married.

This makes my heart so happy. I love my family! and I love when Chris is with me. Of course when I have them over I make dinner... it’s what I do. Shepherds Pie, salad and a Bundt cake with orange marmalade roasted walnut swirl. Extra bonus - Jackson and Ember loved it. Life little moments I cherish! . #allaboutfamily #grandmalove #amyroloffssecondact #ilovetocookandbake #loveallmykids

Both Amy and Matt have moved on for a long time. Moreover, they are happy in their lives with new partners. What's more, it appears that Chris gets along well with the whole Roloff family, which is a really great sign for their future together.

How Much Does Amy Roloff Make? Know About Her Salary, Earnings, House, Books, Charity

Amy Roloff holds the net worth of around $4.5 million which she garnered from her hard work in the acting career. Even though she runs a successful farm with her ex-husband Matt in Oregon, it’s believed that most of the 54-year-old’s income is as a result of the TLC reality show.

So glad I got to come home and visit w/ my Mom and Dad. Waiting to hear if she gets to come home today. She’s ready and tired of hospital food, that’s a good sign .Her heart is weak though and she gets tired easily but her mind is sharp. The transition of slowing down and not doing all she’d like to do will be hard. Just need to appreciate the moments, what she can do and the days that are left. Thank you to everyone that so thoughtfully thought of me and my parents and for all your prayers. So kind and I so appreciate it. . I love this place, their house and the lake and coming back while it’s still here. #seasonsoflife #allaboutfamily #lovemyfamily #michiganisalwayshome #amyroloffssecondact #pacificnorthwestishomenow

Apart from acting, Amy also makes good money from other businesses. She owns an online store named Amy Roloff’s Little Kitchen where people can buy baked kids such as Amy’s signature pumpkin bread, mint loaves, and lemon icebox cookies. Moreover, the website maintains that all products are made fresh to order and then are shipped by USPS Priority Mail.

Amy Roloff’s Little Kitchen February goodies to enjoy Get some at www.amyjroloff.com (link in bio). What are you doing for the rest of the month? We’ll have some more good stuff coming soon. #amyroloffslittlekitchen

Roloff even published an autobiography named A Little Me which also helps to collect heavy bucks. Meanwhile, she is the founder of the Amy Roloff Charity Foundation and gives back to the Dwarf Athletic Association of America. 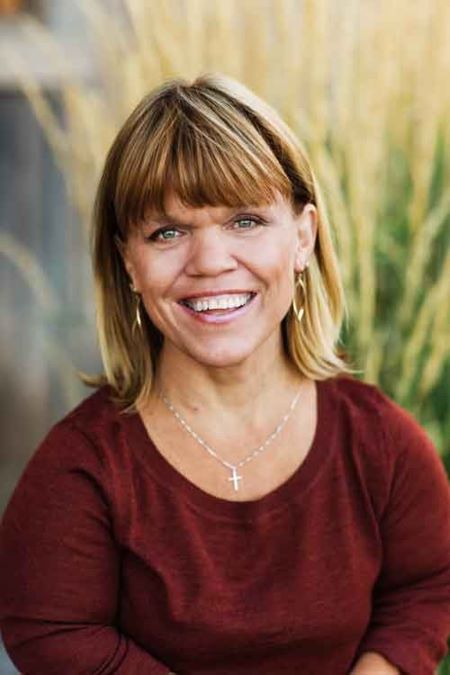 On 12th September 1987, Amy Roloff married her ex-husband Matthew Roloff. The stars were together for more than two decades until Matthew cheated on Amy.

Jeremy Roloff is the son of Amy Roloff and Matthew Roloff. He was born on May 10, 1990, in Oregan. He is married to Audrey Mirabella Botti.

Zachary Roloff is another son os Matthew Roloff and Amy Roloff. He was born on 10th May 1990. He is married to Tori Patton.

Molly Roloff is the first daughter of Amy Roloff and Matthew Roloff. She was born on September 17, 1993. She is currently married to Joel Silvius.

Jacob Roloff was born on January 17, 1997, in Oregan to Matthew Roloff and Amy Roloff. He is the sibling of Molly Roloff, Jeremy Roloff, and Zachary Roloff.