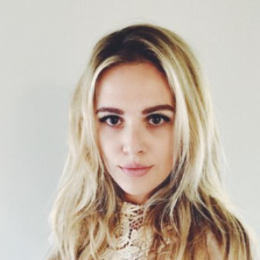 Natalie Hall is an actress and singer best known for her appearance in Hallmark's movie "A Winter Princess". Besides, she earned fame for playing Colby Chandler in the soap opera All My Children.

How Long Did Natalie Hall Date Brandon Barash Before Marrying Her Current Husband?

Natalie Hall was engaged to actor Brandon Barash for ten months before she married her husband, Jack H. Robbins. Barash and Natalie began dating in October 2010, and after ten months, Barash proposed to the Hallmark actress and got engaged in December 2011.

Brandon has previously appeared on the soap opera series General Hospital. Natalie was only 21 when Brandon popped the question for an engagement. The relationship could not last long as, due to irreconcilable differences, the couple parted ways a year later in October 2012. 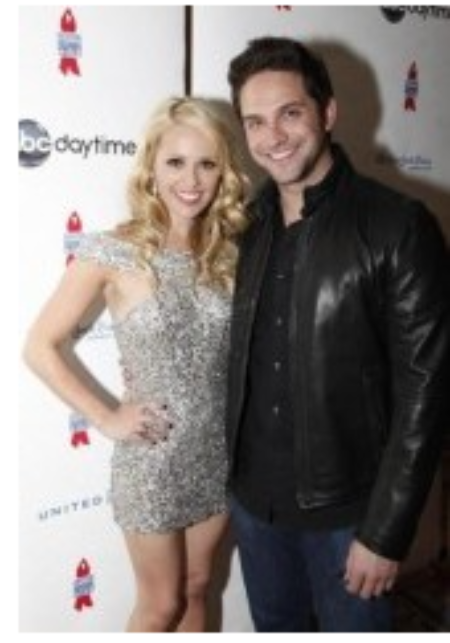 Unfortunately, the relationship between the two did not last, and they went separate ways before walking down the aisle. The pair ended up within ten months of the affair. What's more?

On July 01, 2017, Hall tied the knot with Jack H. Robbins in Vancouver's Cecil Green Park House. Natalie-Jack's wedding venue was displayed in many movies and series, including The Haunting of Bly Manor, Upload, and Fifty Shades Freed. 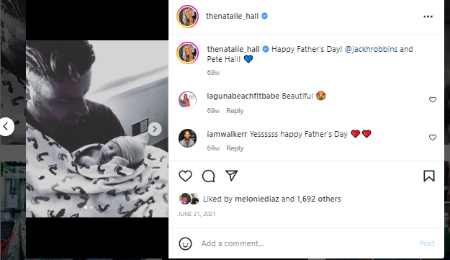 When it comes to Natalie's husband's profession, he served in the U.S. Marines. Even though Jack's social media account is private, he cheekily mentions himself as a public figure.

On July 1, 2022, the Jack-Natalie duo marked their third wedding anniversary, which also happens to be Canada day. The soap opera actress captioned the post, writing, "Three years ago today, I never thought I would enjoy talking and looking at the same person for three months straight."

The Pretty Little Liar star is now a proud mother to a baby boy. She gave birth to the couple's first child Pete Hall in May 2021. She shared the joyous news on her Instagram account.

Natalie Hall has summoned a whopping net worth of around $1 million. In addition, she bags big chunks from her successful acting career. She was also involved in philanthropic works like working with a non-profit organization, KidWorks. 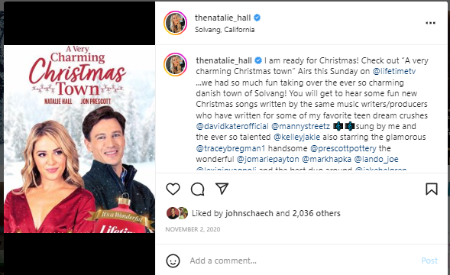 Lately, Natalie and Jack have resided in Southern California, where Jack works as a technology investment banker. After spending his time as an infantry officer in Hawaii, Jack obtained Masters's degree in Business administration at New York's Columbia Business School. Later, he served at Goldman Sachs before venturing on his own.

Natalie Hall made her film debut in 2004 as Tes Taylor in Have You Head? Secret Central. In 2008, she landed her first role on the tv show Law & Order: Special Victims Unit as Shelby Crawford in an episode Streetwise. In 2009, Hall played Maura in The Good Wife and Colby Chandler in All My Children.

In 2010, the Canadian beauty starred as Brenna in Rising Stars. In 2013, she was cast as Melanie in "+1". She played the role of Hanna's step-sister, Kate, on the ABC Family hit Pretty Little Liars from August 2011 to 2012. She starred in Netflix's Midnight at the Magnolia. She was set to star in the holiday movie A Very Charming Christmas Town.

Check out CHris McNally and Natalie Hall on Home & Family!

From 2015 to 2020, Hall appeared in films like Only the Brave, Midnight at the Magnolia, The Boy Downstairs, The Curse of Sleeping Beauty, and Summer of 8. Besides, Hall has shared the screen alongside Constantine Rousouli in the 2017 show Cruel Intentions. They portrayed Sebastian Valmont and Annette Hargrove, a couple in love.

Natalie's other acting credits include Charmed, Unreal, NCIS: New Orleans, Shades of Blue, Royal Pains, True Blood, and Sincerely Yours, Truly. His most recent project is the Hallmark television movies "Noel Next Door" and Fly Away with me.

Natalie Elise Hall was born on January 25, 1990, in Vancouver, British Columbia. She belongs to an artistic background. Her mom was a ballerina. Natalie grew up loving the arts as a child but was a tomboy.

Hall used to play soccer on a boy's soccer team. In addition, she played a significant role in a community theatre production of Annie. Natalie obtained first place representing  British Columbia at a national singing competition.

As a teen girl, Natalie Hall joined the London Academy of Ballet. Later, she graduated with honors of distinction in dance at age sixteen. After a few years, Hall switched to New York City and starred as Val in the national touring production of A Chorus Line.

Hall has long blonde hair and brown eyes. She maintains her body by going gym, goes trekking, and swimming.

Natalie Hall and Jack H. Robbings are happily married for over five years, They married in July and still;l going strong.