Home Article 34 Years Hollywood Actress Kirsten Storms' Married Life With Ex-Husband Brandon Barash; Have Rumors of Being Pregnant; Who is her New Boyfriend?

34 Years Hollywood Actress Kirsten Storms' Married Life With Ex-Husband Brandon Barash; Have Rumors of Being Pregnant; Who is her New Boyfriend? 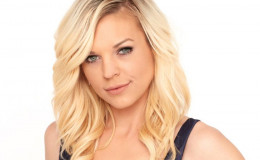 Kirsten Renee Storms is an American soap and a voice actress known especially for her role of Maxie Jones on ABC’s General Hospital. In mid-2018 Kirsten Storms garnered even more attention but this time it wasn’t because of her acting gig but rather with her personal facets and all. Her fans couldn’t help but get excited about her love life when Kirsten went on to post a picture of her with some familiar guy on the internet.

So what has been the real scene in behind that very moment? Does this mean Kirsten Storms is finally over her ex-husband, Brandon Barash? And who’s this new guy she is being extremely close with. To know all about the mysteries just tag in along.

Kirsten Storms' Current And Past Affairs

For the time being, the GENERAL HOSPITAL star Kirsten Storms (Maxie) currently seems to be dating a guy named Elias Paul Reidy.

Reidy is a musician by profession who was once part of the band The Red Jumpsuit Apparatus. Reidy then teamed up with Brett Hellings to form the rock duo The Soul Shakers. And now the guy's been spending a lot of time with Storms. 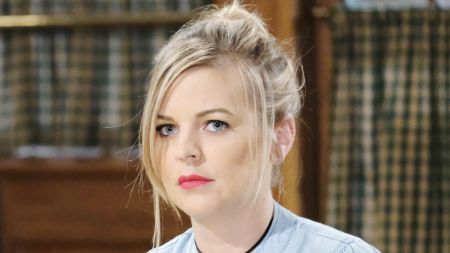 Back in January 2018 Storms' fans went wild with congratulating the 34-year-old actress when she famously posted a picture (where she is seen quite passionately close with Reidy) on her official Instagram account.

While she didn't initially use the B-word, a few days after that, the daytime star uploaded another pic of them together and this time she used the hashtag "#boyfriendoftheyearaward!" ultimately confirming her love status as very much taken.

Although it might have taken them until 2018 to know they actually belong to each other, it can be seen from Storms' Jan post that she has actually known Reidy from the year 2007 (#ThrowbackThursdayFun).

However, it is not that Storms' relationship with Reidy was written in the stars (not at least from the beginning). In fact, before the musician, Storm was popularly in love with another man (her former husband), Brandon Barash.

Incidentally, Storms and her future husband Barash was also a co-actor on the same show, General Hospital. And rumor has it that it was around this time the two had developed their love for each other. 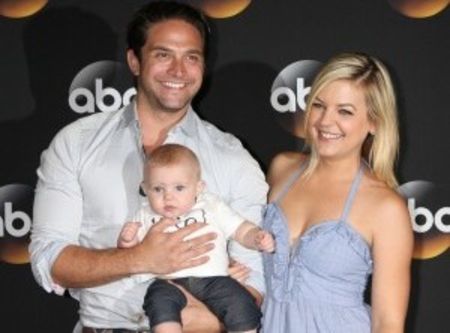 It was reported by the couple themselves that their nuptials journey embarked when Barash proposed storms with a blue-raspberry Ring Pop while at a gas station in Wrightwood, California. Later Barash and Storms jointly told People that they had secretly wed in June. Allegedly, the soap opera stars were known to have tied the knot in somewhere in the year 2013 with an impromptu ceremony at Caesar’s Palace.

They even announced they are expecting their first child, a girl, in January 2014. And so it happened, in the month of January, Barash pondered his elation on Twitter by stating-- Storms had given birth to a baby girl (named Harper Rose Barash).

For a while, the family of Kirsten Storm was going fine with husband, Barash, and daughter, Harper. But it didn't take long for the three to take an eventual toll. As in 2016, People came in confirming--"the former GH, co-stars, Kirsten Storms and Brandon Barash are indeed separating after almost three years of marriage.

"We are splitting due to the cliché irreconcilable differences, but we’re splitting amicably. We have every intention of remaining a family through this and successfully co-parenting our kid and retaining a friendship in the efforts of raising her in a healthy environment.”

Barash, 39, told Soap Opera Digest in a statement. The couple at the time also reported that before deciding to split, they had sought out professional help to try and work through their issues. However, they ultimately realized it was too late and that the best decision would be to go in separate ways.

“This was not a hasty decision; a lot of thought and therapy went into this. We went to therapy for a long time, trying to figure out how to communicate better with each other. It’s not anything that we dislike about each other.”

As for the daughter, the divorcee parents momentarily decided to raise Harper Rose in two separate homes explaining “a healthier choice for all of us.”

Despite the then bad news, Storms and Brandon still went on to attend the General Hospital Family in the following weekend of their divorce.

Beside her portrayal of character Maxie, Kirsten Storms is also notoriously famous for her leave of absence during the mid airing of her ABC’s show. And when returned from one of those breaks of her, she would pick it up for the role of Maxie, a character appearing lost from the GH due to Storms' absence.

After Storms got Maxie back on the show, the character was to be returned on the show only this time being rather pregnant.

Ever since fans knew this made-for-TV plot about Maxie, the people have been wondering all over the internet if Kirsten Storms was really pregnant off-screen. Storms slammed the hearsays by then taking it all to Instagram to completely shut it off.

And she did so by sharing a photo of herself with a decidedly flat tummy!

“This is the only time I will address this on social media. 1. No, I’m not pregnant in real life. Just in GH life (where they pad me up to look preggo in maternity clothes. 2. I like to wear loose clothes because they are comfy. And 3. If you wouldn’t say something on the street, don’t say it to someone online. It’s still rude. And I don’t do rude. Just like I refuse to turn around and start judging your appearance by the photos you post. #keep it classy ladies.”

Storms gave evidence of not being pregnant through her Instagram.

This is the only time I will address this on social media. 1. No - I’m not pregnant in real life. Just in GH life (where they pad me up to look prego in maternity clothes). 2. I like to wear loose clothes because THEY ARE COMFY. and 3. If you wouldn’t say something to a person on the street, don’t say it to someone online. It’s still rude. And I don’t do rude. Just like I refuse to turn around and start judging your appearance by the photos you post. #keepitclassyladies

It was alleged that GH fans began speculating this bun-in-the oven rumors based on Storms appearance on the soap, as when Maxie's pregnancy was revealed, many assumed it was actually for camouflaging the actress' real-life baby bump.

Recommended: American TV Personality Pennington's Married to Partner Andrea Bock or They Are Just Dating As Boyfriend and Girlfriend?

And some even postulated the father was the actress' new boyfriend, musician Elias Paul Reidy. Over the years, Storms has found herself in the center of arraying numbers of tittle-tattles. Though the infamous one will always be her breaks from GH.

But time and again she has also explained it with her struggling stories involving depression hence hoping that the story could alas help her get rid of all the Internet speculations.

Kirsten storm was only 5 when a talent scout discovered her. Storm then got her big break at the age of 13 when she landed a recurring role on the WB’s family series 7th Heaven which later led her to have a leading role in the Disney original film Zenon: Girl of the 21st Century. 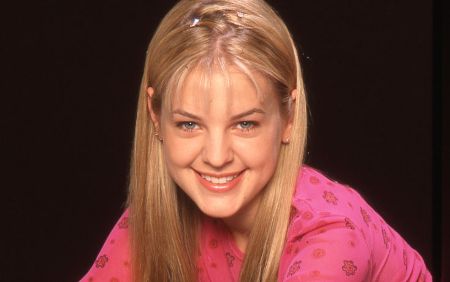 Though Storms is best known for successfully transitioning from a Disney teen star into a major Soap Opera celeb, she has also had a notable voice acting role from 2002-2007. Speaking of which it was Storms who provided the voice of Bonnie Rockwaller for Disney’s hit animated series, Kim Possible.

In September 2011, Storms took a temporary hiatus from her role on General Hospital due to medical reasons which were later diagnosed as endometriosis. The former Disney sweetheart was then replaced on the show by Jen Lilley while storms dealt with her medical issues (more on this below). Storms eventually returned to the series on September 5, 2012.

However, in May 2016, Kirsten again announced that she was taking a yet another break from General Hospital again, this time with the issues of the skin caused by stress, which in turn again kept her away from the GH until August 2017.

This wasn’t the first-time ex Mrs. Barash surrounded herself with illness controversy. In fact, even in 2013, she was alleged to have had diagnosed with endometriosis (a disease related to a uterus—resulting in abdominal, periods, and sexual pain). Rumors began flying that the actress was in real lying about her medical issues.

Some sources even said that Storms only claimed she had endometriosis so that she could actually cover up about her attending the rehab. And when she became pregnant with her daughter, Harper, in the same year, the rumors of her being sick became even more futile because as far as the fact goes for the women suffering from endometriosis, they have a really hard time conceiving a child.

Don't Miss: Is Mexican-American Actor George Lopez Dating Anyone After The Divorce With His Wife, Ann Serrano?

There’s still more to tell from Storm’s conflicting past. In September 2007, Kirsten Storms got her first notoriety strike when in the day she was pulled over by California Highway Patrol for throwing a lit cigarette out of her car window. When the officials pulled her over, they suspected she was under the substance influence.

After Storms failed several sobriety tests, she was immediately arrested for a DUI (Driving While Intoxicated). The condemn got worse after Storms was pleaded no contest to the charges. Consequently, she was then ordered to attend twelve AA meetings and a 90-day alcohol program. The apprehension also resulted in a $1,600 fine, six-month license suspension, and a three years of probation. 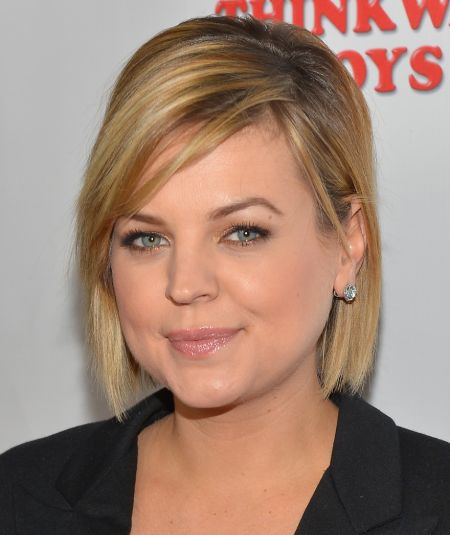 For more interesting news and gossip do visit Marriedwiki.com/article!!!!!