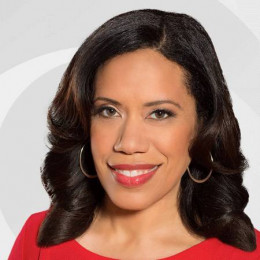 Natasha Brown is an American television personality and news reporter at KYW TV located in Philadelphia. She graduated from James Madison University holding bachelor of Arts degree in Mass Communications. For her excellence in reporting, she has received three Emmy awards. She has done some outstanding coverage such as the the crash of Flight 93 in Somerset County, Pennsylvania, Columbine High School shootings and the Quecreek Mine Disaster.

Moving on to her personal life, she has stayed low profile in this regard. Being a television personality she hasn't been so much friendly with the media in terms of her personal information.

Even her birthday is unknown so is her family background and her childhood status. There is no exact detail about her past and current relationship status. She hasn't been a part of any controversy yet.

She is a reporter and anchor at KYW in Philadelphia.

Previously, she worked as a reporter at WPXI-TV in Pittsburgh, Pennsylvania.