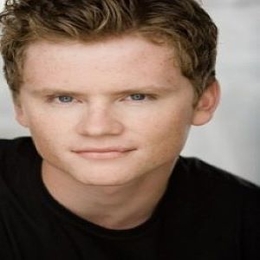 Canadian actor Nathan Dales is establishing himself in Hollywood through the sucessful TV series "Letterkenny". The actor is in the industry for a long time and has worked in minor roles in well-known series such as "Supernatural" and "iZombie".

Nathan Dales is in Love

"The Goon: Last of the Enforcers" actor Nathan is in a romantic relationship with filmmaker Jasper Savage. The duo is open about their affair and often share personal pictures on their respective social media sites.

Both artists are young and still trying to make a name for themselves in their profession. Thus, they are very supportive of one another career. More to that, Savage joins the blonde hair actor at the red carpet events, and the star promotes the director's work through his social media site. 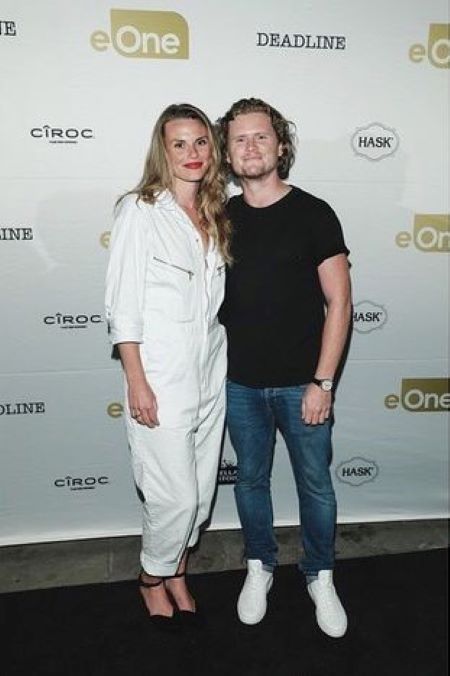 Nathan Dales and his girlfriend at an event. SOURCE: Jasper Savage Instagram(@jaspersavage)

The Canadian natives are dating since 2016, and the bond between them is stronger than ever. So, it would not be surprising if they put a ring to their relationship or became parents in the future.

Dales makes a Connection to his Fans through Social Media

The blue-eyed actor has accounts on Twitter and Instagram. He uses these platforms to share work-related posts and also to provide a glimpse of his personal life. 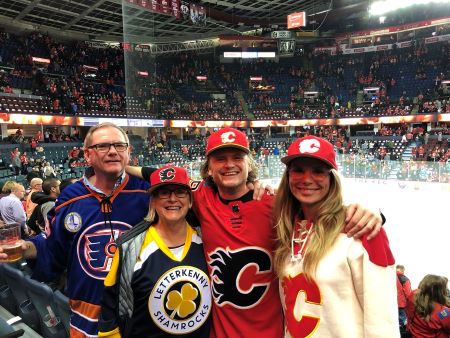 Nathan along with his partner and family at a Calgary Flames games. SOURCE: Nathan Dales Twitter(@summernate)

Scrolling through the "Supernatural" famed actor's online platforms, we learn that he is a big fan of the ice hockey team, Calgary Flames. The Calgary native regularly cheers for his hometown hockey team and even attend games, when possible.

Nathan is not the only Canadian celebrity that is obsessed with hockey, singer Justin Bieber is also a huge fan of NHL and often watches games with his wife, Hailey Baldwin.

Nathan has accumulated a decent Net-worth

The Toronto resident is best known for his role Daryl in the television show "Letterkenny." The Canadian sitcom which features actors such as Jared Keeso, Michelle Mylett, and Melanie Scrofano is a critical and commercial success. 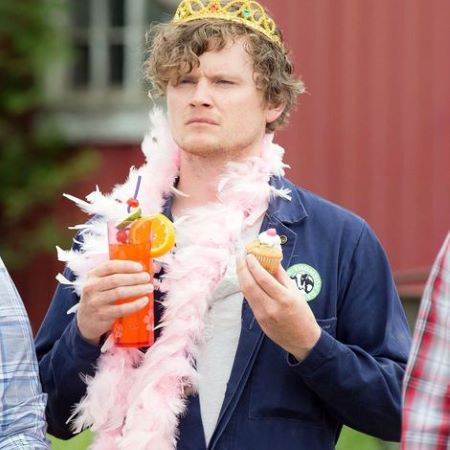 The series which tells the story of two friends living in the small town of Letterkenny initially aired in CraveTV, Canada. After gaining popularity the rights of the show was purchased by Hulu. Thus, the seventh season of the show will be premiere on October 14, 2019, in Hulu Originals.

Check out the video below where Nathan and his co-star Jared Kesso are talking about their show "Letterkenny".

The actor is also known for his acting in the shows such as "Tower Prep", "Supernatural", and "iZombie". According to Paysa, an actor at Hulu on average earns $66,069 a year. So, based on the salary, the actor is making from the show "Letterkenny," his net- worth is estimated to be $150 thousand-$300 thousand.

The Actor Started His Career In Theatre

The "Backstrom" actor learned acting from The American Academy Of Dramatic Arts in Los Angeles. After graduating in 2007, he started working with Kenneth H. Browns and starred in the play "The Brig". He continued to work in plays for a couple of years before transitioning into television and movies.