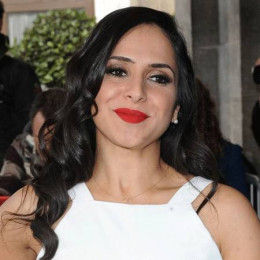 A beautiful and talented British television weather presenter who is currently working for Sky News channel. Sh has formerly worked as presenter for ITV West and BBC South East Today. She attended St James’ Primary School. She has done Bachelor in Broadcasting at the Ravensbourne College of Design and Communication. In starting of her career she worked for Endemol in Bristol for the programme Deal or No Deal as a runner. She also presents forecasts for Sky News produced 5 News.

Nazaneen Ghaffar was born on June 9, 1985, in Tunbridge Wells, Kent. She is British and belongs to the white ethnicity. Her birth sign is Gemini. Originally her parents are Iranians who met up in England.

She attends St James’ Primary School and Tunbridge Wells Girls' Grammar School. After completing her A-levels education she joined Ravensbourne College of Design and Communication in Chislehurst and grabbed her degree in  BA (Hons).

Ghaffar currently serves as news host on the Sky News channel. After her graduation in 2006, she joined the  Endemol in Bristol as a runner for the programme Deal or No Deal. It was her first TV job.

Later she was moved to ITV West where she was trained for weather forecaster, she served for 18 months and left the channel in order to join the BBC's South East Today programme.

In 2010, she left the BBC and joined Sky News. She also served as forecast presenter for Sky News-produced 5 News on Channel 5.

Nazaneen Ghaffar, 32 is happily married to her longtime boyfriend, Charlie Rose who is BBC reporter. The duo exchanges a vow in August 2016 at an intimate ceremony in the presence of their closed ones. The couple is living happily as a husband and with no rumors of a divorce.

As per some online sources, there are rumors of her children but no official confirmation has come about it. She is quite secretive about her private stuff so she prefers to maintain distance regards her personal issues.

She is a supporter of LGBT and many other social costs. She always takes out for social work and children welfare.

Ghaffar is the high profile English journalist and she gets paid a handsome salary for her work. Usually, the salary of weather forecaster in England is between £25k - £27k.

Previously, she worked for BBC and the average salary of BBC employee is more than £43,000. She hasn't revealed the exact figure of her net worth but it is estimated it is not less than the seven-digit figure.

However, her husband, Charlie Rose succeeds to earned an impressive sum of net worth from his career. His estimated net worth is $40 million.