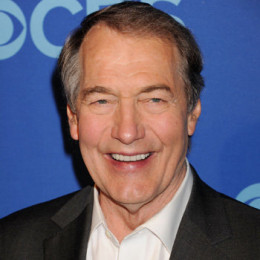 Charles Peete Rose, Jr. aka "Charlie Rose", is an American television talk show host and journalist. He is widely known as the host of Charlie Rose, an interview show since 1991. As of April 2014, he was named one of Time Magazine's 100 Most Influential People in the World. In 1968, he earned a Juris Doctor from the Duke University School of Law. He was born to Margaret and Charles Peete Rose, Sr., tobacco farmers.

He once was a married man, but after staying together with his ex-wife for almost 12 years the couple decided to get divorced. He does not have any kids from his first wife. After getting divorced, he dated a gorgeous lady back in 1993, but it didn't last too long. Currently, he is enjoying his single life. We can stay connected to him via Twitter @charlierose.

Charlie Rose was born on 5 January 1942 in Henderson, North Carolina. He is a basketball player at his high school.

Rose is best known for working as a host and executive producer of the talk show Charlie Rose on Bloomberg LP and PBS from 1991 to 2017.

From 2012 to 2017, he was the co-anchor of the CBS Evening News. She worked alongside Lara Logan hosting the revived CBS classic Person to Person.

His interview with Charles Manson in 1987 won a News & Documentary Emmy Award in the Nightwatch.

He was a member of the Board of Directors of Citadel Broadcasting Corporation for six years starting from 2003. He interviewed many renowned faces like Donald Trump, Steve Jobs, Bill Gates, Barack Obama, Sean Penn, Leonardo DiCaprio, Louis C.K., Bradley Cooper, and Quentin Tarantino.

Rose has an estimated net worth of about $40 million at present. He is the owner of a large house in Henderson, North Carolina.

Also, he has a four-bedroom, 5,500-square-foot Long Island home in Bellport.

Rose was married to Mary Rose from 1968 to 1980. The couple lived a blissful life until they divorced.

He started dating Amanda Burden; a New York City Planning Commissioner in 1992. They remained together for as long as a decade and separated in 2001.

Rose battled with some serious health issues in past. He experienced shortness of breath in Syria on 29 March 2006.

Rose was accused of sexual harassment on 20 November 2017. Eight women working with him accused him of appearing naked in front of them and groping them.

Because of the accusation his contract with PBS, Bloomberg, and CBS were terminated the following day. Later, he released a statement and apologized for all his wrong deeds.

"I deeply apologize for my inappropriate behavior. I am greatly embarrassed. I have behaved insensitively at times, and I accept responsibility for that, though I do not believe that all of these allegations are accurate. I always felt that I was pursuing shared feelings, even though I now realize I was mistaken."

In May 2018, he was accused of sexual misconduct by 27 women. Well the total number of women accusing him reached 35.

He filed a motion to dismiss the lawsuit on 31 August 2018. He suggested that women were just exploiting the #MeToo campaign.

Once the CBS and PBS star is now hiding out on Long Island in Manhattan.

She is the first wife of Charlie, with whom he got married in the year 1968 and divorced in 1980. The two stayed as husband and wife for almost 12 years.