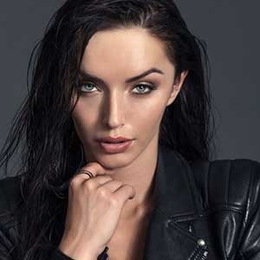 Nermina Pieters-Mekic is best known as the wife of footballer Erik Pieters but she is more than just a celebrity wife. She is a model and pop singer by profession who also starred in reality series, Real Housewives of Cheshire.

Nermina Pieters-Mekic is happily married to her footballer husband, Erik Pieters since 2016. Let's know more about this beautiful couple in the section below;

Nermina exchanged a vow with Erik plays for Stoke City and the Dutch national team on June 3, 2016. Their wedding wasn't less than a fairy tale which was held in Maastricht. It starts with a ritual marriage ceremony and ended with smashing firework along with a spectacular party in the caves.

Check out the wedding video of Mr. and Mrs. Mekic;

After the marriage, Erik opted to get his wedding ring tattooed which causes a lump on his finger after a collision with Nordin Amrabat, and a ring could not fit over the top. Besides that, the couple gives some major relationship goals to their fans.

Nermina Pieters-Mekic is preety active on social media where she garnered thousands of followers. She has more than 73.5k+ followers (2019) on Instagram. Most of her posts are related to her personal and professional updates. Moreover, she often shares cute PDA with her husband,

So proud of my husband @erikpieters3 Congratulations with your signing for @burnleyofficial ! I know how hard you’ve worked in the past few months to keep yourself fit and I can’t wait to see you play for Burnley

The model is a keen rider and has two horses. She is also an avid dog lover and pets.

Nermina Pieters-Mekic is a model and singer by profession. More to that, she is also a trained legal advisor. So, she surely gathered an impressive net worth and salary from her career.

Mekic holds a net worth of $500,000-$1 million from her career in a different field. On average, she earns $42,180 from modeling assignments and $45,000-$65,000 from singing. Some of the highest-paid models like Kendall Jenner and Gigi Hadid earns million from their modeling career.

Nermina Pieters-Mekic was born in 1990 in Bosnia and Herzegovina. She holds Bosnian nationality and belongs to Caucasian ethnicity/race.

Mekic is in modeling too but she chooses to call herself a singer and songwriter. She rose to fame after starring in the ITVBe show, The Real Housewives of Cheshire but she lasted just under a year before producers made her a 'guest-housewife'.

So.. a while ago we’ve recorded a very chilled live acoustic version for my single Forever in London! And I’m very pleased to announce that the video will be online tonight on YouTube 😊 #staytuned

As of now, Nermina is focusing on re-establishing her music and modeling career in the UK and worldwide. 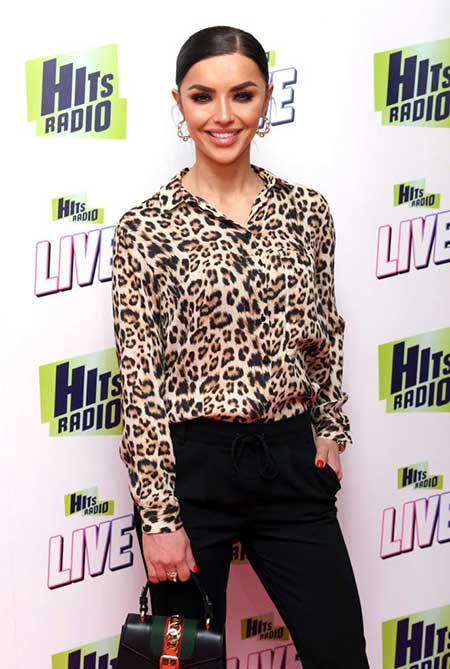 Do visit Marriedwiki for interesting Gossips and Biographies of your favorite celebrities!!!

Nermina exchanged a vow with Erik Mekic plays for Stoke City and the Dutch national team on June 3, 2016. Their wedding wasn't less than a fairy tale which was held in Maastricht.