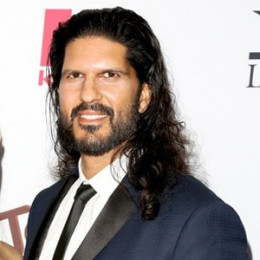 Nevin Millan is a multi-faceted personality most known for his incredible skills in the films like Didgori: Land of Sacrificed Knights, In Another Time and many others. The talented Millan is living a happily married life with his dancer wife.

Born on February 17, 1979, in St.  Louis, Millan grew up along with his brother Brayden Pierce. He had a keen interest in playing instruments like violin, piano, and guitar which he learned to play when he was only four.

Millan went to John Burroughs High School. He used to sing in the choir while in school. Later, he attended the University of Miami. He was a member of Mensa and has two Masters Degree, MBA, and MS in industrial engineering.

Millan made his stage appearance for the first time in the school play. He eventually developed an interest in acting afterward. He then started performing in stage and theatre. Later he made his appearance in TV shows, mini-series, feature films, short films and stage productions.

He is also a skilled swordsman and does his own stunts like swords fighting, stage combat, falls and action sequences. Besides, Millan is the owner of the production company Antiquitas Pictures and has produced, wrote and starred in projects like Didgori: Land of Sacrificed Knights and several short films.

He also acted in feature films such as Last Exit, White Wall, Being Bin Laden and Enemy Empire. He starred in the series of History Channel’s Battles B.C. His short film In Another Time was featured at the Palm Springs Short Film Festival and the Los Angeles Short Film Festival. In 2010 he was seen in the short film The Last Days of Shaniko.

Millan is a married man. He tied the knot with famous dancer Anna Trebunskaya in 2013. Anna is most recognized for her performance in Dancing With the Stars. The husband and wife are blessed with two children daughter Amalya and son Kaspyan Millan together.

Regarding his personal interest, he is quite fond of hiking and is an avid hiker. He often plays guitar and drums. He also enjoys doing yoga, meditation and sword tai chi. He is the proud owner of actor dog a male beagle, Murphy. Apart from that, Millan is quite a learner and can speak French, Italian, Iroquois, and Spanish. He is fond of horse riding which he learned while filming for a Native American Film.

The multi-talented personality Millan certainly earns a decent amount from his career. His net worth is possibly more than a million.

Dancing With the Stars dancer Anna Trebunskaya is a beautiful wife of Nevin Millan. The duo is living as a husband and wife since 2013.

Amalya is the elder child and the only daughter of Nevin Millan from his wife Anna Trebunskaya. She was born in January 2014.

Kaspyan is the younger child and the only son of Nevin Millan from his wife Anna Trebunskaya. He was born on September 2, 2017.