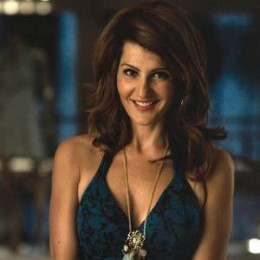 Nia Vardalos is a Canadian-American actress, screenwriter, director, and producer of Greek descent. She is currently married to an American actor best known for his comic TV work, Ian Gomez. The couple married on 5th September 1993. Vardalos is a daughter of Greek Canadian parents Doreen, a bookkeeper and homemaker, and Constantine "Gus" Vardalos, a land developer. She attended St. George School and Shaftesbury High School.Her first movie is 'No Experience Necessary' in which she played the character of Sheila.

Nia Vardalos is a married woman. The couple has a daughter named Illaria, whom they adopted in 2008. She began her acting career at the Rainbow Stage.'High Incident' is her first television series where she played a role.She was nominated  for 2002 Academy Award from her movie named 'My Big Fat Greek Weeding'.Nia has also worked in many other television series.

She married to an American actor best known for his comic TV work, Ian Gomez.The couple married on 5th September 1993.

The couple first child named Ilaria,the couple adopted her in 2008.