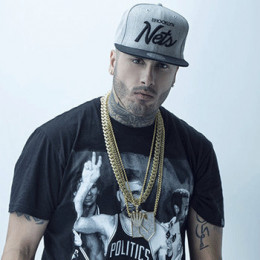 The best feeling in the whole world is watching things finally fall into place after watching them fall apart for so long. Let us compare this line to the life of Nicky Jam, an American singer who chose to love harder than any pain he'd ever felt.

Nicky Jam, the reggaeton star is currently engaged to Cydney Moreau, a model, and former D1 track athlete. To make the engagement more romantic, Nicky confessed his love on the occasion of Valentines' Day. 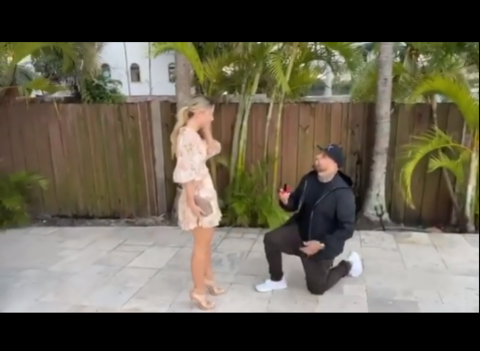 Later then, his post translated to "The Best valentine of my life. I hope we last until we're old and I am the happiest man in the world and no one can change that". 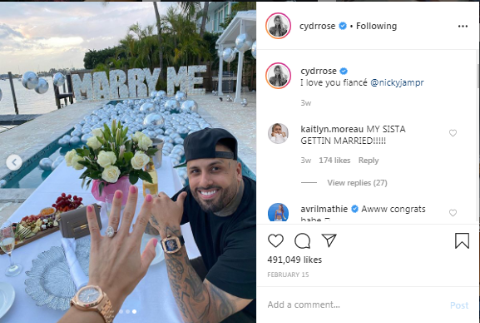 Nicky Jam,38, proposed his girlfriend turned to fiance with a dazzling diamond wedding ring on February 15, 2020, getting down on one knee. The lovebirds have been in a live-in together relationship for four months. Furthermore, they are soon waiting for the right time to tie a knot.

The El Amante singer kindled a romance with the Louisiana native, Cydney Moreau in December 2019. She met Nicky on the set of his "Atrevete" music video in 2019 which was done in collaboration with Sech.

Nicky's sweetheart, Cydney starred in the music video "Atrevete" and wasting no time they decided to take the romance into the next level. Moreover, either of the parties appeared on one another's Instagram for the first time on December 8, 2019.

Previously, he married Angelica Cruz an Instagram star in February 2017 in Medellin in Colombia. She gained popularity for her glam chic fashion modeling mostly coupled with high-end lifestyle photos.

The award-winning singer and the internet phenomenon are said to be blessed with three daughters, Alyssa Rivera, Lucy Rivera, and Yarima Rivera and son Joe. Neither Nicky nor Angelica share any pictures of their alleged kids. Therefore, it seems like the duo adopted them.

However, the couple ended their eighteen months relationship as husband-wife in divorce. They called it quits in August of 2018 citing personal issues.

Nicky Jam was once rumored of being in a relationship with Paulina Cruz in 2019. But there is not a single picture or proof of the alleged pair. Nevertheless, it was proved as a hoax when neither of them admits they were dating.

How Much Is Nicky Jam Net Worth?

Nicky Jam holds an estimated net worth of $10 million which he accumulated from his career as a musician. He pockets an annual salary of over $5 million from his profession as a singer and songwriter.

Nicki Jam purchased a luxurious 3,617 sq.ft. Miami Beach apartment he decided to put it on sale in January 2020. The house has five bathrooms, five bedrooms, a beautiful pool, and a spacious compound.

The singer bought the house on Palm Island in August 2018 for a cool $3 million. The house is now on market for $4 million. Probably, he wants to switch to a new lavish residence with fiance, Cydney Moreau.

Some interesting facts of Nicky Jam

Yarimar is one of the fourth adopted children of Nicky Jam and Angelica Cruz.

Nicky Jam and ex-wife Angelica Cruz were foster parents to Alisa in the 2010s.

Nicky Jam is an adopted father to Lucy Cruz with ex-wife Angelica Cruz. Lucy is the third foster child to the couple.