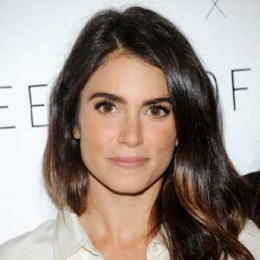 Nikki Reed is an American television actress, songwriter, singer and model born in West Los Angeles, California, United States. She is best known for her portrayal of vampire Rosalie Hale in The Twilight Saga series from 2008-2012. Nikki is also famous for her role of Betsy Ross in the TV series Sleepy Hollow (2015-2016). Nikki is of Italian, Jewish and Cherokee descent.

Nikki is the daughter of beautician Cheryl Houston and production designer Seth Reed. She has an older brother Nathan August Reed and half-brother, Joey Reed. Her parents divorced when Nikki was two years old. After the split, she stayed with her mother.
At the age of 14, Nikki moved out and started living on her own.
She attended Alexander High School in Los Angeles but dropped out. She then began studying on her own and earned high school diploma through homeschooling.

Reed was invited by her mothers' friend Catherine Hardwicke to help her to complete her script for the movie Thirteen. Her career started by playing the role of Evie Zamora in the same movie she had co-written, Thirteen.

Nikki's first TV role was as Sadie Campbell in The O.C (2006), and from then she has appeared in numerous movie and TV film in the career.
In 2011 Nikki played the role of Rosalie Hale in Twilight Saga and also featured in the entire saga series for which she won two Teen Choice Awards. Besides acting, Reed is also a singer and songwriter.

Nikki Reed is married to the handsome hunk of Hollywood, Ian Somerhalder. The two began dating in July 2014 and tied the tied knot on April 26, 2015, in Malibu. Both of them are animals lover and have adopted many pets together. Nikki and Ian were long time friends before dating each other.

The happy couple is expecting their first baby together, and the news was announced via Instagram.

Before Reed was married to the finalist of American Idol, Paul McDonald. The pair married on October 16, 2011, and divorced in 2014. They met at the premiere of Red Riding Hood in 2010. Nikki planned to end her marriage over work issue. They filed for divorce in May 2014 and were living separately fro six months before filing for the divorce.

Nikki Reed was also in a relationship with Donald Joseph Qualls (DJ Quall). Nikki and DJ Quall dated for a year, from 2006-2007.

Nikki Reed has an estimated net worth of $16 million. Nikki is four-time richer than her husband, Ian. Nikki, being the fixed cast of Twilight Saga earned the paycheck and was among the top five highest eating actors of Twilight.

Nikki has been married twice in her life. Her first husband was American Idol season 8 finalist, Paul McDonald, These two met at the premier of Red Riding Hood in March 2011 and began dating and soon moved in together. Nikki and Paul confirmed their engagement in June 2011 and married on October 16, 2011, in Malibu. But their relationship couldn't last for long and they announced that they were living separately for the previous six months before their official split. In March 2011, Reed and McDonald announced that were separating and the reason was work obligatory and could not give enough time to each other. Reed filed for the divorce in May 2014 which was finalized on January 2, 2015.

Reed after her divorce started dating actor Ian Somerhalder in mid-2014.The pair in February 2015, they confirmed their engagement. Reed and Somerhalder married on April 26, 2015, in Malibu. Reed via Instagram announced that she was pregnant with their first child on May 4. 2017.