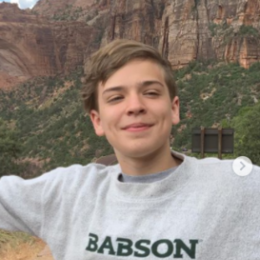 Noah Zimmer is famous because of his dad, a TV personality and celebrity chef Andrew Zimmern, and wife Rishia Haas. Zimmern's father has achieved many prestigious awards and earned a strong fan base for himself.

Noah Zimmern was born in 2005 as the only child of an American television personality and chef Andrew Zimmern and his wife, Rishia Haas Zimmern. Andrew met Rishia when he was studying at a culinary school in Minnesota. Rishia was working as a storekeeper in the school kitchen. 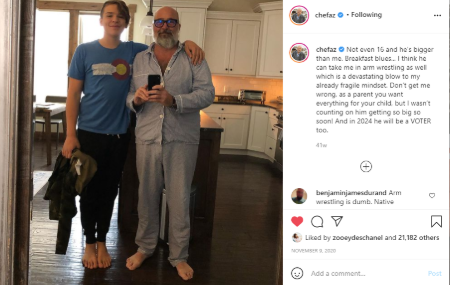 Noah Zimmern is pretty much close with his dad Andrew. SOURCE: Instagram

They say love has no boundaries, the pair dated over a year before walking down the aisle. The glorious ceremony was held on 16 December 2002 at Minneapolis St Paul, officiated by judge Rosean Nathanson.

The couple invited shortlisted friends and family members. So, the following year, they held a grand homecoming party in Edina, Minnesota, for well-wishers who missed the wedding. Three years later, Rishia Haas welcomed Noah Zimmern, a new bundle of joy to the family. 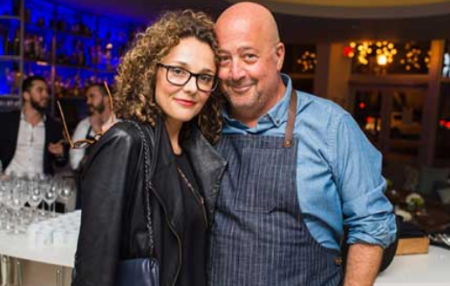 Noah Zimmern is the son of Rishia Haas and Andrew Zimmern. SOURCE: Instagram

Neither of the pair had trouble in their marriage until 2018 despite 20 years age gap. The couple decided to part separate ways after 16 years of relationship. Nevertheless, they are still in contact for their son's sake.

Noah Zimmern is already wealthy and popular before his arrival on the earth. The 15-year-old is too young to make money, but he helps his father cook and manage the kitchen. To be precise, Noah is following the footsteps of his father, Andrew Zimmern. 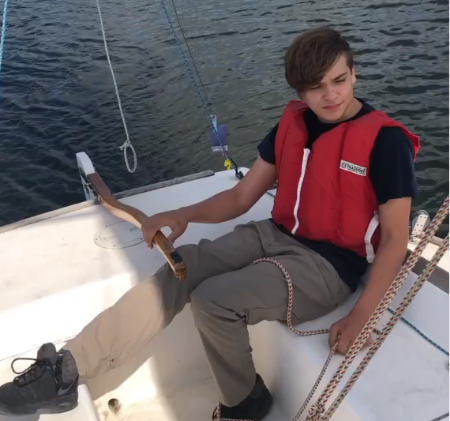 Andrew Zimmern has summoned a colossal net worth of $14 million.  He earned that fortune as a co-creator, host, and consulting producer of the TV show "Bizarre Foods with Andrew Zimmer.". Zimmern receives a payroll of $35,000 per episode from Bizarre Foods.

Also, he ran shows like Chowhounds, The Andrew Zimmern Show, and Food Court with Andrew Zimmern. Besides, he has served as the food features reporter for the Minneapolis-based Foz 9 News program.

On the other hand, Zimmern's wife Rishia possesses a net worth of $1 million in 2021. She receives $67,451, which is the basic salary of a TV producer in the United States.

Keep coming back to MarriedWiki for more celebrity updates.