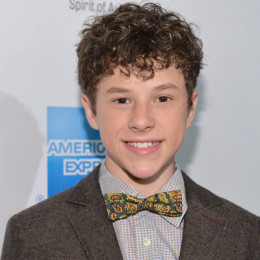 Nolan Gould is an American child actor. He is best known for his role on ABC sitcom named Modern Family. His father is in military. He started his career when he was merely at the age of three appearing in the commercials. Recently, he acted in films named Ghoul and Space Buddies. He has also worked in other television series named Sweet Nothing in My Ear and Eleventh Hour.

Details about his dating life and girlfriend is still a mystery. In his free time, he likes to listen to music. He also plays musical instruments like double bass, mandolin, banjo and didgeridoo.

Due to his success and intelligence, he has won hearts of many people and has a huge fan base.

It's all because of his hard work, he is now climbing the ladder of success at an early age. He has a bright future ahead to him.

He is best known for his role as youngest sibling Luke Dunphy on the ABC sitcom Modern Family.