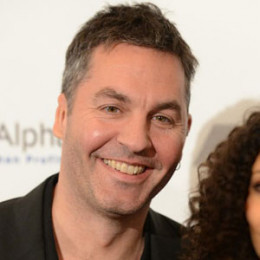 Ol Parker is the husband of famous actress Thandie Newton. He is the director and writer of English movies such as Imagine Me & You, Now Is Good, The Best Exotic Marigold Hotel and many others.

Parker is an English film writer as well as a director. He directed films like Imagine Me & You in 2005 and Now Is Good in 2012.

Oliver is married to the Westworld star Thandie Newton since 1998. His wife Thandie is best known for her role Linda Gardner in The Pursuit of Happiness.

The duo is blessed with three children together Ripley Parker, Nico Parker, and Booker Jombe Parker. The couple is seen attending several events together along with their children. They are living a blissful and contented married life.

He alone makes a huge amount and when combined with his wife’s earning the two becomes one of the richest couples in Hollywood.

The beautiful wife of Ol Parker, Thandie Newton is an award winning actress popular for her work in movies like The Pursuit of Happyness, Mission: Impossible 2 and Crash.

Ripley is the oldest child of Ol Parker and his wife Thandie Newton. She is of seventeen years now.

Nico Parker is the second child of Ol Parker and Thandie Newton. She is in her teenage now.

Booker Jombe is the only son and the youngest child of Ol Parker and Thandie Newton. He is only 3 years now.