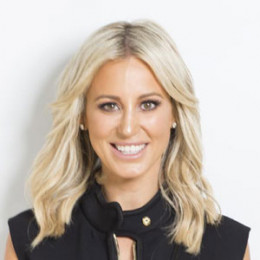 Roxy Jacenko is a popular Australian businesswoman, media personality, and an author. She is best known for her appearance on the third season of The Celebrity Apprentice Australia. She worked as the director of Sydney-based public relations firm, Sweaty Betty PR. Besides her professional life, she is a good wife and a mother of her two kids. She is married to is former investment banker Oliver Curtis.

Roxy Jacenko was born Roxy Elise Davis-Jacenko on 8th June 1976 in Sydney, Australia under the birth sign Gemini. Jacenko is Australian as per nationality and as far as her ethnicity is concerned, she is White. Her parents, Doreen Davis and Nick Jacenko raised her with her sibling, Ruby Jacenko.

Jacenkos attended a private school. At the age of 14, she worked in McDonald's where she developed some skills to run a business in a methodical way.

Roxy Jacenko is a versatile lady. Jacenko is involved in various fields such as acting, business, and published works.

Jacenko founded a Sydney-based public firm called, Sweaty Betty PR in 2004. She was the director of the firm. The company once boasted more than 70 clients including various brands (Oliver Peoples, Harris Scarfe, and Peugeot among others) and celebrities (Hayden Quinn and Maude Garrett, MasterChef Australia contestant). She also worked as an in-charge of PR for Diesel, the fashion label.

Jacenko began her TV career in early 2010. She signed a contract with Seven Network and starred in The Sweat Box, a semi-scripted reality show. The show was quite similar to the US TV show, The Hills but focused more on Sydney’s affluent Eastern Suburbs.

Jacenko appeared in the Australian version of The Celebrity Apprentice in 2013. She rose to fame after appearing on the show. On the show, she fought with Prue MacSween, a media identity, and Stephanie Rice, a swimmer. At the final season, she along with Jeff Fenech, John Steffensen were named runners-up.

Roxy Jacenko is a married woman. Jacenko tied the knot to her boyfriend, Oliver Curtis on 11th March 2012, in Quay Restaurant, Sydney. Her husband, Curtis is a stockbroker.

The couple's first child, Pixie-Rose Curtis was born before their marriage. They welcomed their second child, Hunter Curtis after two years of their marriage.

Her husband was arrested for insider trading in June 2016. The couple was rumored to be divorced, as Jacenko was spotted several times without her engagement ring. She even posted a picture of her on Instagram where she wrote, ‘’single girl.’’

Jacenko was also spotted kissing her ex-boyfriend while she was still married. Later, she admitted that the kiss was nothing more than just a ‘’drunk kiss.’’

In June 2017, the Jacenko and her husband reunited after he was released from the jail. They also re-engaged and started living together happily afterward.

Previously, Jacenko dated Nabil Gazal, a Sydney property developer and a Gazcorp owner in Sydney’s eastern suburbs. In 2010, the couple split for some unknown reasons.

In 2017, Jacenko proudly flaunted her toned physique after losing over 10kg weight. She is currently dedicated towards her fitness.

Three weeks after Jacenko’s husband got to prison, she was diagnosed with breast cancer. She found a lump in her left breast.

A decade back, her mother was also diagnosed with breast cancer,

‘’I should have known better and I should have done routine mammograms knowing that my mum had suffered from breast cancer- but I didn’t, I just thought, ‘I’ll worry about that when I am 40 plus,’ ‘’Even when you think, ‘that will never happen to me, ‘one day you could wake up to start the day and it will –just like me.’’

Jacenko was recovered from cancer after undergoing a six-week radiation program and a removal surgery.

As per some sources, the contestant of the Celebrity Apprentice earns $25k from the show. Jacenko was also one of the contestants, so she also earned the same amount appearing on the show.

After her husband was released from the jail, the whole family went on a vacation in Bail villa where they paid $3186 per night.

Roxy Jacenko tied the knot with Oliver Curtis, an investment broker on 11th March 2012. The couple got married after dating for years.

Pixie-Rose Curtis is the first child of Roxy Jacenko and Oliver Curtis. She was born in August 2011. She was born before the marriage of her parents.

Some years after the birth of their first child, Roxy Jacenko and Oliver Curtis welcomed their second child named, Hunter Curtis. He was born on 30th April 2014.