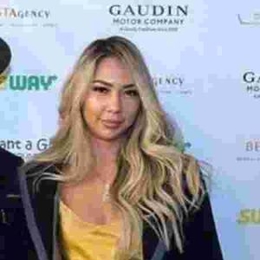 Olivia Rademann is the wife of the wealthiest pawn star Austin Russell who is famous as Chumlee. He is a businessman and actor known as a member of the History channel's Pawn Stars.

Olivia Rademann recently married the richest pawn star Austin"Chumlee" Russell. Austin proposed his lady love with a 1.5 karat wedding band in May in Hawaii. Not to mention Chumlee and her boo celebrated pre-wedding in downtown Las Vegas. 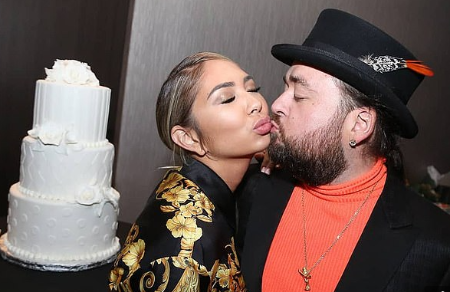 Further, the lovebirds met for the first time in 2013 and remained friends for two years before they confirmed their relationship in 2016. Then, in May 2018, Rademann happily got engaged to Chumlee.

The duo held their engagement party at Detroit Ballroom in D Casino and Hotel, Las Vegas. Despite ten years age gap, Olivia and Austin understand each other pretty well. Both of them also have an immense passion for tattoos. And, according to Daily Mail, they had a formal wedding in Hawai in May 2019.

meanwhile, Olivia Rademann's husband Chumlee was in a romantic relationship with Tanya Hyjazi in the early 2000s. As for Tanya, she is a chef at Stack Restaurant and Bar in Las Vegas. They were in contact until March of 2019. At the time, she was already a mom to Omar Ryan's two kids. 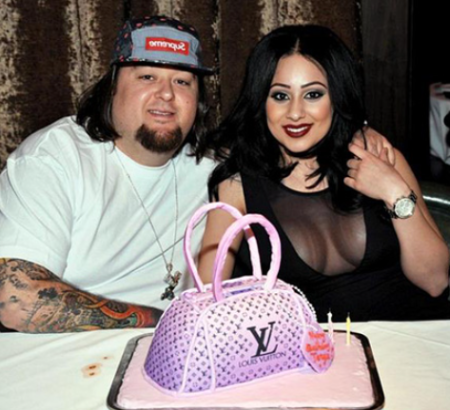 Chumlee was once in a relationship with former girlfriend Tanya Hyjazi. SOURCE: Vegas News

Chumlee and Tanya's relationship broke headlines when she decided to get a boob job, for which Chumlee decided to pay. However, Hyjazi initially wanted to pay for the surgery although she was making money off what Chumlee could earn in just 2 hours.

Olivia Rademann once revealed she would like to launch a collection of eyelashes. But, with a rich husband, Olivia got it all figured out. Not to mention, the brown-haired wears an expensive 1.5-carat diamond ring that costs $35,000 to $45,000.

Rademann's husband, Chumlee, possesses a net worth of $5 million as of 2021. He receives a payroll of $25,000 per episode for starring on the History Channel show "Pawn Star."

When it comes to his career, Russell worked at Gold and Silver Pawn Shop at age 21. He tested items and also wrote tickets for items bought by the customers. Austin Russell shares screen alongside Rick Harrison, Olivia Black, Danny Koker, and Corey Harrison.

The reality star lived in his lavish Las Vegas home until he sold it for $1.375 million in 2019. The residence was located about five miles off the Las Vegas Strip.

In addition, the two-acre property displays a 6,200-square-foot home, an entertainer's backyard, a guesthouse, and a rock-lined swimming pool. Moreover, Austin's home included the "Chum Chum Room," which features a stripper's pole. The Pawn Stars cast paid $1.1 million for the party house in the 2010s.

Olivia Rademann has already engaged with Chumlee in May 2018. In mid-2021. they celebrated pre-wedding in presence of friends and family.