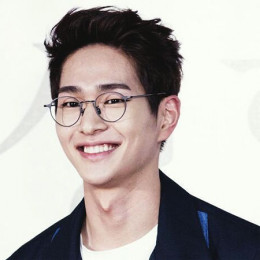 Lee Jin-Ki popularly known by his stage name Onew is a South Korean actor and singer. He was discovered at the 2006 SM Academy Casting signing the contract with SMEntertainment the day after his audition. He performs under the boy group named 'Shinee' as one of the main vocalists since May 2008. Onew is also an actor and appeared in the Korean drama series such as 'Welcome to Royal Villa' in 2013 portraying Baek Su. He was also cast as a doctor named Lee Chi-hoon in popular drama 'Descendants of the Sun' in 2016 for which he won a 'Newcomer Scene Stealer Award' in the 2016 Scene Stealer Festival.

Early Life And Education Of Onew

Onew was born Lee Jin-Ki on December 14, 1989, in Gwangmyeong, Gyeonggi Province, South Korea. For schooling, he attended Kwangmyong Information Industry High School which was an IT school. As for his higher studies, he enrolled at Chungwoon University where he majored in Music Broadcasting.

He was into singing and dancing from an early age as he used to perform a lot. 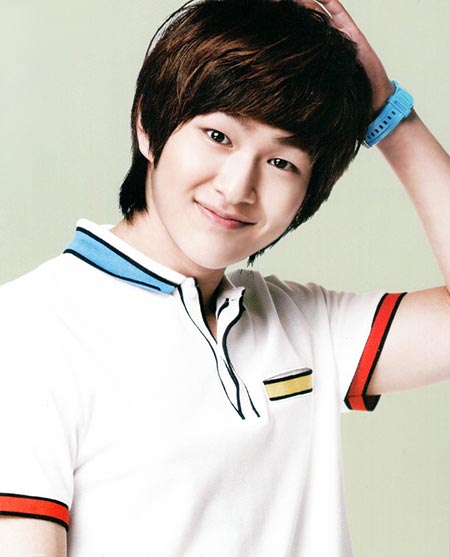 Later on, he was noticed by label SM Entertainment at the 2006 SM Academy Casting and signed the contract after giving his audition.

Onew is professionally an actor and singer who is associated with a big label SM Entertainment since his cast in 2006 after an audition. The label put him in a boy group called Shinee in May 2008 as one of the lead vocalists from where he debuted in the entertainment industry.

Shinee grew to be one of the best boy groups of the South Korean entertainment world and Onew was made the leader of the group. His group members are Jonghyun, Lee Tae-Min, Choi-Min Ho and Key. Jonghyun died in 2017 after committing suicide in his apartment.

The group went on to become one of the best selling artists of the country. Onew performed a duo with Kim Yeon-woo for a song named I Loved from the third mini album Year of Us by Shinee. While with Shinee the group released 11 studio albums, 4 live albums, 10 video albums, and 38 music videos. 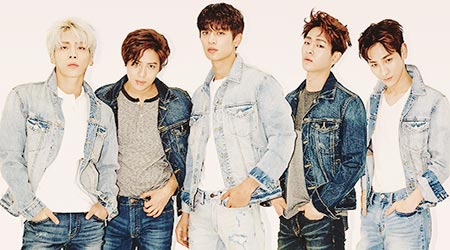 They have 10 soundtrack albums and 33 singles as of yet. Shinee has grabbed 59 awards in total which included music program awards like Inkigayo, Music Bank, Show Champion and so on. Onew won Best Leader award in the 2015 SBS Gayo Daejeon award ceremony.

Onew contributed his singing for Lee Hyun-Ji for her singles Vanilla Love and Vanilla Love Part 2. He was seen with Girl's Generation group member Jessica in Tell Me Your Wish mini album in the song One Year Later. His song Starry Night with Lee Jin-ah made sales of 65,044 copies.

His song In Your Eyes which as the official soundtrack for Korean drama To the Beautiful You was a hit ranking 60 in the Korean chart.

Onew has his hands in acting too. He appeared in a cameo role in television dramas Dr. Champ, Athena: Goddess of War and in Oh My God of the SBS network.

Similarly, he has been cast in some Korean drama series like Welcome to Royal Villa in 2013 portraying Baek Su and also as a doctor named Lee Chi-hoon in popular drama Descendants of the Sun in 2016. In the drama, he was cast alongside popular Korean actors Song Joong-ki, Song Hye-Kyo, Kim Ji-Won, and Jin Goo. 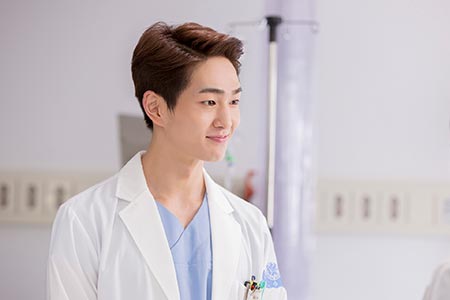 Onew and his Shinee group members had their documentary movie made in 2012 titled I AM and in 2015 filmed a documentary of SM Town called SMTOWN The Stage.

Onew's net worth is not estimated and is still under review. He earns a lot of income from his career as a singer and actor. His boy group Shinee is one of the popular boy bands in the world and they have many best selling songs.

Onew donated 1.2 million won in 2016 to the Korean Heart Association and is involved in many philanthropic works.

Onew is not married or is in a relationship with anyone but there are rumors circulating about his closeness with co-actress Park Hwan Hee. They are rumored to be dating since they were spotted spending times together and she even went to his concerts. However, both of them haven't confirmed anything.

He was caught in a controversy when he was accused of misbehaving a girl in a club in Gangnam under the influence of alcohol. His behavior was termed as sexual harassment as he tried to touch the girl's legs while getting up from his seat.

Since the victim knew he did this under the influence of a toxic substance, she released all charges against him. The case was then handled by a prosecutor who charged him without any detention involved.

He apologized to his fans four months later by posting an apology letter which was accepted positively by his fans, however, some were angry that he let down Shinee group. It was on April 5, 2018, when his label SM Entertainment announced that the charges filed against Onew have been dismissed.

The group went through a lot as they lost a member Jong Hyun as he committed suicide in his apartment in 2017. This broke the hearts of many fans and the SHINee members were in shock. Onew and the team was deeply shattered but they promised fans to stay together and stay stronger.

Onew loves playing the piano and can speak the Chinese language fluently.