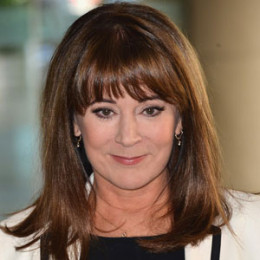 Patricia Richardson is a popular American actress best known for her role in Home Improvement. She was nominated four times for Primetime Emmy Award for Outstanding Lead Actress in a Comedy Series and two times for Golden Globe Award for Best Actress in a Television Series - Comedy or Musical. She also served on the Board of Directors.

Patricia attended the Holton-Arms School in Maryland and later The Hockaday School in Dallas, Texas. In 1972, she graduated from Southern Methodist University in drama.

After graduating, Patricia moved to New York City to make her dream come true as a professional actress. She began her acting career in the 1974 Broadway production, Gypsy. Following that, she did some theater, commercials, and other Broadway and Off- Broadway plays. Richardson also appeared in some programs like The Equalizer, Kate & Allie, and Spencer For Hire. Later, she appeared in one of the episodes of The Cosby Show in the third season, playing the role of a woman giving to her ninth child. She further acted in the films such as C.H.U.D., and You Better Watch Out.

In 1991, Richardson landed a role in the ABC comedy Home Improvement, in the replacement of Frances Fisher. She received four Emmy nominations and two Golden Globe nominations for her role. While working on the Home Improvement, she hosted the Emmys along with Ellen DeGeneres.  She later starred in the mini-series Undue Influence along with Brian Dennehy and also landed a role in Sophie and the Moonhanger along with Lynn Whitefield. In 1997, she won an Independent Spirit nomination for her first major theatrical role in Ulee’s Gold.

In 2002, She was cast in the medical drama series Strong Medicine, where she replaced Janine Turner, as a new character of Dr.Andy Campbell.She was nominated for two Prism Awards for her role in Strong Medicine. After working for three seasons on the show, later she appeared in the final two season of NBC political drama The West Wing as Sheila Brooks.

In 2008, Richardson became the executive producer of Long Story Short, a video documentary, of Larry and Trudie Long, which was told by their daughter, actress Jodi Long. In 2010, she appeared in the NBC made-for-TV film, The Jensen Project. In 2011, she appeared in Bringing Ashley Home, starring AJ Cook and Jennifer Morrison. The same year she appeared in the coming-of-the age film Beautiful Wave, following the TV film Smart Cookies.

In 2015, she competed for the position of national president for the SAG-AFTRA  with President Ken Howard but lost the election by a small margin. Later, she was re-elected for the National and Local Los Angeles Boards of SAG-AFTRA.

The 66 years old, Patricia Richardson was married to Ray Baker, a 68-year-old American Actor. They started dating in 1981. After dating for almost one and a half year, the couple finally tied the knot on 20th June 1982. After 13 years of marriage, the husband and wife divorced in August 1995. They have three children together; son Henry Richardson Baker(born on February 22, 1985), and twins Roxanne Elizabeth Baker and Joseph Castle Baker (born on January 3, 1991).

After, 7 years of her divorce with her previous husband Ray Baker, she was in a live-in relationship with Dr Mark Cline, a retired psychologist. They know each other from a long time when they both were the student at the  Southern Methodist University. In 2012, the pair split up but they are still friends and seen together several times.

Richardson worked multiple years on the Board of Directors. She is also the National Spokesperson for “Cure PSP”,

Patricia Richardson is a successful American actress. She had earned good amount of salary working in the film industry as an actress in different TV series drama and movies as well as she had a huge amount of fan following all over the countries. As of, 2017, her net worth is estimated to be around $25 million dollars.

Patricia Richardson married Ray Baker. They have dated for almost one and half years. After 13 years of marriage, they divorced. They have 3 children together.

Henry Richardson Baker is the first child of Patricia Richardson and her husband Ray Baker.

Roxanne Elizabeth Baker is the second child of Patricia Richardson and her husband Ray Baker.

Joseph Castle Baker is the third child of Patricia Richardson and her husband Ray Baker.