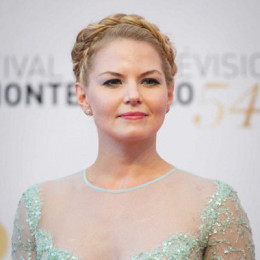 Jennifer Marie Morrison is an American model, actress as well as a film producer. She is famous for her role in a fantasy adventure series of ABC Once Upon a Time as Emma Swan and Dr. Allison in the medical drama series House.

Though Morrison is in her mid-thirties she looks as if in her early twenties. Though This is Us actress has not married yet but she definitely had dated some of the hottest guys of the Hollywood industry.

Chicago, Illinois born actress is secretly dating the love of her life but she hasn't publicly announced her relationship status for now. However, she has mentioned Gerardo Celasco, a Salvadoran actor as her love on of her Instagram posts. 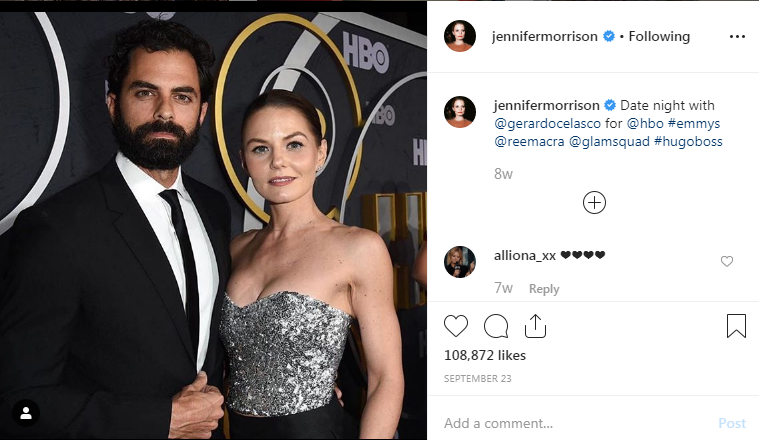 Back on 23 September 2019, Morrison attended Emmy award function with her rumored partner Gerardo for HBO. She shared a picture of two on Instagram captioning, "Date night with Gerardo ocelasco for HBO Emmys".

Other than that, Jennifer is way more close to her male co-stars like Irish actor and musician, Colin O'Donoghue. She has a good bond with Colin and his family for many years.

Jennifer Morrison dated her House co-star, Jesse Spencer in 2004. The actor proposed to her at the Eiffel Tower on December 23, 2006. The couple underwent engagement in the same year but due to some reason, they called off their engagement in August 2007.

Back in the 2000s, Australian musician/actor Jesse Spencer and Jennifer Morrison were couple goals. The House co-stars who showed love interest in the series had amazing chemistry in real life too.

Later, Morrison had an affair with Prison Break star Amaury Nolasco in 2009. Jennifer and Amaury lived in a girlfriend-boyfriend relationship for almost three years. Sadly, even her bond with Nolasco was short-lived.

In early 2012, Morrison kindled a romantic relationship with Sebastian Stan. They first met on the set of Once Upon a Time. The cupid stayed in a lovey-dovey relationship for a year before calling it quits in mid-2013.

After the split from Jennifer, Sebastian dated Margarita Levieva in 2014. They encountered while starring in the film, Spread with Ashton Kutcher.

How Much Is Jennifer Morrison Worth?

40-year-old American actress, Jennifer Morrison has an estimated net worth is $6 million. The average salary of an experienced actor or actresses in the United States is around $50.88 to $100 hourly.

Morrison pockets big bucks for her career as a director and film producer too. The median income of film producers or directors in U.S. is $71,680-$200 per annum.

Jennifer Marie Morrison was born on 12 April 1979 to David L. Morrison. Her father is a retired music teacher and high school band director. Jennifer is the oldest of three children. Her sister Julia is a singer-songwriter and music therapist.

Morrison studied at South Middle School and then graduated from Prospect High School in 1997. Jennifer was an All-State clarinet player in the school's marching group. She was a cheerleader in the school and also sang in the choir.